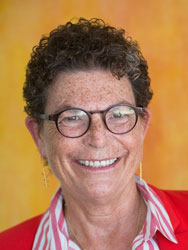 "Dr. Silen taught me to be a scientist, to question the status quo and not just accept things the way they are.”

Susan M. Love, MD, MBA, is widely respected as a breast surgeon, but it is her breast cancer advocacy that propelled her onto the national stage. After joining the first breast center in Boston, Dr. Love moved to the Revlon/UCLA Breast Center in Los Angeles. Along the way, she helped found the National Breast Cancer Coalition and, in 1990, wrote Dr. Susan Love’s Breast Book, now in its six edition.

“Advocacy is about being the right person at the right time, and recognizing it,” she says. “In the 1990s, as the breast cancer advocacy movement got underway, I found myself in settings where I was the only person in the group with a medical degree. And as a female surgeon, I was uniquely able to have an impact.”

Dr. Love applied to medical school because she enjoyed science and wanted to help people. “I was the first person in my family to finish college,” she says. When she arrived at SUNY Downstate Medical Center in 1970, she discovered she was attracted to surgery. “I like thinking about anatomy, fixing things, and using my hands.”

Dr. Love’s surgical training at Beth Israel Hospital helped prepare her to assume a leadership role. “At Beth Israel, we were trained to be both patient- and research-focused,” she says. “We were encouraged to think about the disease process and look for data. As a result, I believe the program produced people who were especially thoughtful, and thus more likely to become surgical leaders.

“Bill Silen held us to a high standard,” she says of William Silen, MD, Surgeon-in-Chief at Beth Israel Hospital from 1966 to 1994. “He taught us that you could figure out the problem by listening to the patient. He emphasized that the patient came first, no matter what.”

Dr. Love encountered few female surgeons during her training years. However, in 1980 she opened a practice of general surgery and became the first female general surgeon on staff at Beth Israel. “As it turned out, people mostly sent patients with breast problems to me,” she says. “This was the era of breast conservation, and the field was becoming interesting. I thought I could make a difference with these patients. What started out as a job soon became a mission.”

Dr. Love began to realize that many women were seeking a more complete explanation about their breast cancer, and wanted to understand their treatment options. “Things had changed. Baby-boomers were now developing breast cancer, and with the model of AIDS activism for inspiration, the time was right to launch the breast cancer advocacy movement,” she says, noting that her book played a role.

She joined Boston’s first breast center, which was located at Dana-Farber Cancer Institute, and was recruited to establish the Faulkner Breast Center — the first in the country staffed entirely by women physicians. By 1992, Dr. Love was recruited to UCLA, where she developed a model multidisciplinary breast center. In 1996, she decided to earn a business degree at the UCLA Anderson School and focus on research through the Dr. Susan Love Research Foundation. The foundation’s mission is to achieve a future without breast cancer by engaging the public and scientific communities in innovative research of its cause and prevention.

“How and where does breast cancer start? I believe the unit of study is the ductal system. We’re trying to map the anatomy of the breast, which is not fully understood,” says Dr. Love, noting that it is a challenge to obtain funding for anatomy research. Her current research includes mapping breast ducts in lactating women using automated whole-breast 3D ultrasound.

Dr. Love has never lacked for creative solutions. She launched the Army of Women®, a resource for women with and without breast cancer throughout the country who are helping accelerate breast cancer research. In 2012, her foundation established an online cohort study (the Health of Women, or HOW Study™) that aims to identify the cause of breast cancer.

Although she has retired from the active practice of surgery, Dr. Love is as dedicated as ever to the urgent work of breast cancer prevention. “We can be the generation that ends breast cancer,” she says. “It is doable. Look at cancer of the cervix. It used to be that when a woman was diagnosed, she was given a total hysterectomy. Thanks to research, we determined what causes cervical cancer, and now we have a vaccine that prevents it.”

Dr. Love is concerned about the current trend of treating women with more aggressive surgery. “Patients are having bilateral mastectomies again,” she notes. “I don’t believe we need to do that. Dr. Silen taught me to be a scientist, to question the status quo and not just accept things the way they are.”

She took a stand against the status quo in writing her second book, Dr. Susan Love’s Menopause and Hormone Book, published in 1998. It cautioned against the long-term use of post-menopausal hormones, which were being prescribed almost routinely.

Looking back, Dr. Love says that her training at Beth Israel provided a clarity that has shaped her life as a surgeon. “That is where I learned that the patient is the most important priority,” she says, “and that is what continues to drive my advocacy, my writing, and my research.”