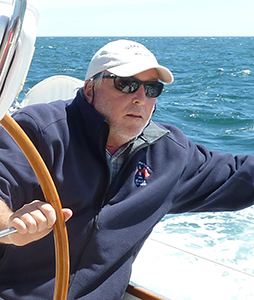 “I love my work and can't imagine doing anything else."

Surgical oncologist Daniel Coit, MD, a leader at Memorial Sloan-Kettering Cancer Center, Professor of Surgery at Weill Cornell Medical College, and influential player on the national surgical stage, has no doubts that he found his true calling. “I love my work and can’t imagine doing anything else.” In fact, he says, “I feel like the luckiest guy in the world.”

But Coit is the first to admit that it was not inevitable that he would pursue a career in medicine, let alone become a surgical oncologist. “Truth be told, I stumbled into this,” he says.

While an undergraduate at Yale, Coit was influenced by his uncle, a medical oncologist at New England Deaconess Hospital, to consider a career in medicine. After graduating Alpha Omega Alpha from the University of Cincinnati College of Medicine, Coit did a year of surgical internship at Boston City Hospital before deciding it wasn’t for him and switching to the Deaconess’s residency program in internal medicine.

But then he met Blake Cady, MD, a now-retired Deaconess surgical oncologist who has remained his longtime mentor and friend. After observing and talking with Cady, Coit realized that what he really wanted was to become a surgeon. So he completed his training in the Deaconess’s general surgery residency program.

This time, Coit had found his match: “I loved it all,” he says of his surgical training, which included a “formative” year at the Aberdeen Royal Infirmary in Scotland. Following his graduation in 1983, Coit completed a two-year fellowship in surgical oncology at Memorial Sloan-Kettering Cancer Center, where he has thrived ever since.

At Memorial Sloan-Kettering, Coit wears many hats. In addition to treating patients with melanoma and gastric cancers, he is the longtime co-leader of two multidisciplinary disease-management teams: one for melanoma and the other for gastric cancers.

He is also committed to his role as a teacher and mentor. For seven years, Coit directed the Surgical Oncology Fellowship Training Program, which trains about 15 fellows each year, and for five years he oversaw the administration of all surgical oncology fellowships nationwide in his role as director of the Society of Surgical Oncology Training Committee.

In addition, Coit is actively involved in both basic and clinical research of gastric cancers and melanoma, with a longtime interest in the interplay between immunology and melanoma. Much of his current research is focused on using molecular signatures to better select cancer patients for appropriate treatment. His research has been published in more than 380 papers, reviews, book chapters, and abstracts.

Coit says that “one of the most important things” he has achieved is helping establish evidence-based melanoma clinical guidelines during his 20 years of service on the Melanoma Advisory Group of the National Comprehensive Cancer Network (NCCN), first as a member and principal author and, for the past eight years, as chairman.

The NCCN guidelines — which influence clinical practice nationwide and are the only guidelines recognized by the Centers for Medicare and Medicaid Services — “advise clinicians what to do and, more importantly what not to do, which improves the quality of care and also reduces costs,” says Coit. “This work has made a real and lasting difference.”