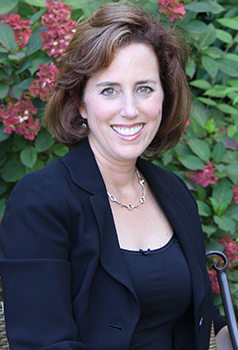 
“I'm so grateful for my residency training at BIDMC. I would not be the doctor I am today without that training, which I still draw on all the time"

Lorelei Grunwaldt, MD, always knew that she wanted to be a doctor. She was inspired by her father, a family practitioner on Shelter Island, a small island off of Long Island with a year-round population of only about 2,000 people. He did everything from deliver babies and suture hunting wounds to perform minor surgery.

It was an early lesson in the importance of being nimble when it came to medicine, one that would be reinforced years later when Dr. Grunwaldt entered the surgical training program at BIDMC. Although eventually she would become a pediatric plastic surgeon, she remains grateful for the program’s broad-minded approach.

“Training in general surgery rather than specializing right away was one of the most wonderful things that could have happened to me,” Dr. Grunwaldt says. “The program at BIDMC helped me learn not only the fundamentals of surgery but also how to take excellent care of patients.”

Dr. Grunwaldt went on to train in plastic surgery at the University of Cincinnati Medical Center, and completed a fellowship in craniofacial and pediatric plastic surgery at Children’s Hospital of Pittsburgh of UPMC, where she continues to practice today. As her career has evolved, Dr. Grunwaldt has focused more on cleft surgery and pediatric plastic surgery, although she continues to perform many types of surgery. Currently she directs both the Vascular Anomalies Center and the Brachial Plexus Clinic at Children’s Hospital of Pittsburgh and is an Assistant Professor of Surgery in the Department of Plastic Surgery at UPMC.

“I find plastic surgery rewarding because you can see the difference you are making in a person’s life,” Dr. Grunwaldt says, “whether it means restoring arm movement to a child who has a brachial plexus injury or repairing disfiguring wounds.”

Recently, for example, she operated on a young boy who was bitten by a dog, losing part of his mouth and cheek. In a two-stage operation, she reconstructed the boy’s face and reattached severed facial nerves. Although he will need physical therapy to fully recover, so far his progress has been encouraging.

A particularly heart-rending case involved an infant whose penis was accidently severed during circumcision. “I wasn’t sure if I could help this child, but I knew I had to try,” Dr. Grunwaldt says. Using microsurgical techniques, she and a team of doctors reattached the severed organ so well that a urologist who examined the baby said it was hard to tell he was ever injured.

The pressures of her practice don’t leave a lot of free time, but Dr. Grunwaldt still manages to relax. She recalls a visit to a pet store to buy fish because they are low maintenance, only to return home with a puppy, Thelma, who is a bit more demanding but also a lot of fun. Dr. Grunwaldt is also passionate about travel and has visited Africa, Switzerland, Denmark, Norway, Sweden, Hawaii, and Australia.

“I’m so grateful for my residency training at BIDMC,” Dr. Grunwaldt says. “I would not be the doctor I am today without that training, which I still draw on all the time.”