Research from the Benitez Lab

The Benitez Lab is focused on a combination of state-of-the-art approaches in human genetic discoveries, functional genomic analyses with in vitro, and in vivo in AD or PD mouse models experiments. For example, our research has included:

Multi-Omics Approaches Applied to Neurodegenerative Diseases
One of the research interests in our lab is focused on the deep-molecular characterization of a clinically well-defined cohort of patients anchored in genomic data. Alzheimer’s (AD) and Parkinson’s disease (PD) are heterogeneous disorders with identifiable clinical-pathological subtypes based on symptom severity and predominance. An accurate molecular profile could reduce clinical heterogeneity among AD and PD patients. Our laboratory uses high-throughput and hypothesis-free “omics” technologies to address this important translational aspect, including next-generation DNA sequencing, epigenomics, transcriptomics, proteomics, metabolomics, and lipidomics, to generate a highly detailed molecular atlas for AD and PD. We aim to create a framework for uncovering proteins, genes, pathways, and potential biomarkers that will improve our understanding of underlying disease mechanisms, predict disease course, and improve the design of clinical trials.
Cellular Atlas of Parkinson’s Disease
Detailed molecular characterization of cell-specific transcriptomic states throughout multiple brain regions beyond nigrostriatal dopaminergic degeneration will provide mechanistic insights into both motor and non-motor PD symptoms. We will integrate neuropathology and snRNA-Seq data to identify a divergent molecular signature and/or shared aberrant pathways in various affected brain regions in PD. We will integrate snRNA-Seq data and GWAS hits from PD and Dementia with Lewy Bodies (DLB) to identify cell-type-specific expression and quantitative trait loci and to determine the genes involved in genetically enriched causal pathways. We will also use the expression signatures from snRNA-seq to prioritize causal genes under multi-gene genome-wide loci. We expect to uncover cell-type-specific differentially expressed genes (DEGs) in unexplored but affected brain regions in PD that will provide the foundation for understanding novel cellular and molecular mechanisms in PD.
Molecular Atlas of Parkinson’s Disease
The integration of multi-omics data sets can help to unravel the underlying mechanisms across multiple omic layers. We will leverage multi-omics data to profile the heterogeneity of pathways contributing to PD. Our unique study design combining clinical and neuropathological data with genomics, epigenomics, transcriptomics, proteomics, and metabolomics data from PD patients will identify analytes linked to PD and subtypes of PD with differentiating features. We will generate a detailed molecular landscape of PD and decipher the genetic architecture that underlies neurobiological pathways, linking these factors to PD and related dementias. In addition, multi-omic data can identify novel and potentially high-value therapeutic targets for the treatment and prevention of PD and related dementias.
Functional Characterization of the Autophagy-Lysosomal Dysfunction in AD and PD
We have successfully identified multiple novel genetic associations between AD and common and rare variants in endolysosomal genes (PLD3, RAB10, GRN12, TMEM106B, CPAMD8, MS4A4A). Recently, we performed a systematic, comprehensive evaluation of the contribution of coding variants in each endolysosomal gene to the risk of developing late-onset AD. We found that heterozygous loss-of-function (LoF) variants in several lysosomal enzyme genes are significantly enriched in AD patients. The largest and latest meta-analysis of PD GWAS found that common variants in several lysosomal genes are associated with PD risk. However, there is currently no in vitro or in vivo validation of most of those genetic associations. We performed intrastriatal inoculation of α-Syn PFFs in hemizygous and knockout (KO) GALC, ASAH1, and NAGLU mice, as well as in wild-type littermates. These studies aim to determine the role of these lysosomal enzymes on α-Synuclein (α-Syn) uptake, trafficking, aggregation, and clearance.
Molecular Pathogenesis of Adult Onset Neuronal Lipofuscinosis
In 2011, we discovered that mutations in the DNAJC5 gene cause a neurodegenerative disease, the autosomal dominant form of neuronal ceroid lipofuscinosis (AD-ANCL). DNAJC5 encodes cysteine-string protein alpha (CSPα). In subsequent studies, we demonstrated in vitro and in vivo that CSPα plays a physiological role in the endo-lysosomes. In recent years, increasing in vitro evidence suggests that the misfolding-associated protein secretion (MAPS) pathway plays a role in the cell-to-cell transmission of prone-to-aggregate proteins such as α‐syn, tau, and amyloid. α-Syn and tau secretion seem to be primarily mediated by MAPS. CSPα is a crucial regulator of MAPS by mediating the cargo entry to the late endosomes. However, whether α-Syn or amyloid secretion and spreading in vivo are DNAJC5-dependent has yet to be determined. We study the role of variants in DNAJC5 on the risk of developing AD and PD using CRISPR/Cas9-corrected patient-derived induced pluripotent stem cells and primary cells to determine the role of DNAJC5 on the secretion and spreading of α-Syn and amyloid.

Funding for projects in our lab has been through the National Institutes of Health (NINDS, NIA). We are also sincerely grateful to the patients, family members, and caregivers who donated their time, brains, and biospecimens for biomedical research.

Our lab is located in the Longwood Medical Area in the Center for Life Sciences 6th Floor, room #630, surrounded by collaborators from the Departments of Neurology and Medicine at BIDMC. 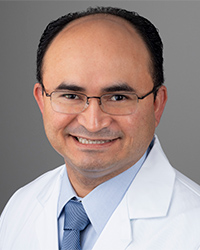 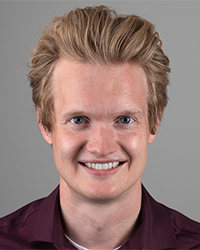 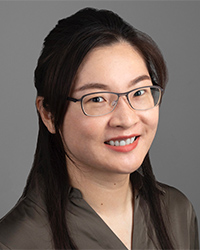 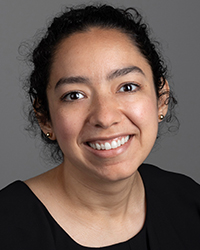