Daniel Press, MD is a cognitive neurologist with a clinical and research interest in Parkinson's disease and Alzheimer's disease. Originally from Vernon, Connecticut he attended the University of Pennsylvania for his undergraduate studies, where he majored in the Biological Basis of Behavior, an interest that continues to this day. He attended the University of Connecticut School of Medicine for his medical training. During his medical training, he attended the Howard Hughes Medical Institute - National Institutes of Health Research Scholar Program for one year at the NIH campus in Bethesda, MD. he then trained in neurology in the Harvard Longwood Neurology Training Program. He trained in Cognitive Neurology in the BIDMC Cognitive Neurology Fellowship, a training program that he now directs. His research interests include developing new treatments for the cognitive symptoms in Parkinson's disease; and determining the effect of Parkinson's disease and Alzheimer's disease on motor learning.

When he's not seeing patients, doing research, or writing grants, he can enjoys tennis, biking, and trying to convince his daughter to go camping! 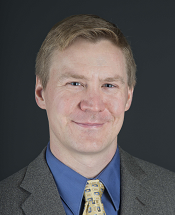 Dr. Fox received a bachelor's degree in Electrical Engineering from the Ohio State University in 2001 followed by an MD and PhD from Washington University in St. Louis in 2008. Following a medical internship at Barnes Jewish Hospital in St. Louis, he completed his Neurology Residency and Movement Disorders Fellowship at Massachusetts General Hospital and Brigham and Women's Hospital in Boston. He joined the faculty of Beth Israel Deaconess Medical Center and Harvard Medical School in 2014.

Dr. Fox's research focuses on the development of new and improved treatments for neuropsychiatric disease based on understanding brain networks and the effects of brain stimulation. He is a recognized expert in the use of brain network imaging techniques such as resting state functional connectivity MRI and a leader in applying these techniques towards improved brain stimulation therapies. He is the author of numerous highly cited articles in the fields of brain imaging and brain stimulation, teaches courses on these topics at the Martino's Center for Biomedical Imaging at MGH and the Berenson-Allen Center for Noninvasive Brain Stimulation at BIDMC, holds multiple patents, and has won several awards for his work.

Pete obtained his Ph.D. in Anatomy and Neurobiology from Boston University School of Medicine, where he combined functional magnetic resonance imaging (fMRI) and repetitive transcranial magnetic stimulation (rTMS) in healthy adult humans to investigate the functional organization of brain regions responsible for working memory, especially the dorsolateral prefrontal cortex. Pete first joined the CNBS in 2009, while still in grad school, to gain experience in applications of noninvasive brain stimulation. Later, as he neared the end of his PhD training, Pete began collaborating with other lab members to examine the impact of rTMS on resting-state functional connectivity.

Mark obtained his Ph.D in Psychology from Boston University, where he used functional magnetic resonance imaging (fMRI) and behavioral studies to understand how the visual system is organized in healthy sighted adults. Mark joined the lab in 2008 to develop combined TMS with fMRI approaches for the study of the brain.

Mark's work at the Center largely focuses on how whole brain networks are connected and operate together. Combining fMRI with TMS, it is possible to modulate specific nodes of brain networks and observe responses across the entire brain. These responses can tell us how the brain is actively connected, what mechanisms govern the underlying network 'plasticity,' and how these mechanisms are altered in disease states. Currently, Mark is focusing on work using resting-state (doing nothing) fMRI to examine these network dynamics in healthy and neurological/psychiatric populations with a goal of developing novel treatment protocols for neurological and psychiatric illness. 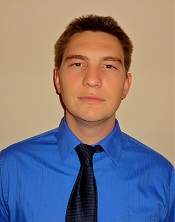 Simon's research interests include the study of executive function and attention related disorders in neurological populations. To accomplish this goal, he uses a combination of neuromodulation with brain stimulation and neuroimaging to define the important brain networks underlying these disorders. He is mentored by Dr. Pascual-Leone and actively involved in several collaborations with members of the Berenson-Allen Center for Noninvasive Brain Stimulation.

Simon established and directs the Executive Function and Attention Disorders Clinic for patients with deficits in sustained attention/focus, task switching, planning, organizing and executing. Patients undergo multidisciplinary assessments through the combined efforts of neurologists, psychiatrists, neuropsychologists and a nurse practitioner. Treatment plans are individualized, evidence-based and include cognitive training at the BIDMC Brain Fit club, referrals and medication when appropriate. Treatment outcomes are followed closely using a combination of several metrics.

Alexander Rotenberg, M.D., Ph.D. is a practicing neurologist and epileptologist at Children's Hospital, Harvard Medical School, where he heads the transcranial magnetic stimulation (TMS) service within the department of Neurology. He received his undergraduate degree from Johns Hopkins University and combined graduate degrees from State University of New York, Downstate Medical Center, before completing the residency in Child Neurology and fellowship in Epilepsy and Clinical Neurophysiology at Children's Hospital. Dr. Rotenberg leads local efforts to adapt methods for TMS and other forms of noninvasive brain stimulation to the pediatric population, particularly to children with epilepsy. He also heads a basic science laboratory where experiments focus on translational applications of noninvasive brain stimulation in animal models of epilepsy and brain injury.

In the basic science laboratory, Dr. Rotenberg and his staff have developed novel methods for TMS and transcranial direct current stimulation (tDCS) in vivo in rodents and in vitro in isolated brain slice preparations. TMS and tDCS have in common the capacity to safely induce durable changes in neuronal activity. Limited experience with human patients, including those treated at Children's Hospital and the Berenson-Allen Center, show that TMS and tDCS have realistic prospects for suppressing seizures. Yet TMS and tDCS mechanisms of action are incompletely understood, and whether these techniques can prevent the onset of epilepsy after various forms of brain injury has not been tested. To characterize the cellular mechanisms by which TMS and tDCS exert their effect, and ultimately to optimize their clinical efficacy, Dr. Rotenberg's laboratory studies them in rat epilepsy models, including models of traumatic brain injury (TBI) and post-traumatic epilepsy. Also, to determine how best to match noninvasive brain stimulation mechanisms to those of brain injury and epilepsy, his laboratory studies the molecular changes associated with TBI in rats.

In parallel to Dr. Rotenberg's basic science experiments, he and his staff are enrolling subjects into ongoing clinical trials aimed to further develop techniques for noninvasive brain stimulation, particularly TMS, as diagnostic and therapeutic tools in child neurology. 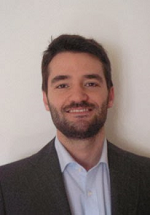 Emiliano obtained his PhD in Applied Neurological Sciences at the University of Siena School of Medicine in Siena (Italy). He then joined the Brain Investigation and Neuromodulation laboratory at the University of Siena as co-director, and he is now an Instructor in Neurology at Harvard Medical School and a clinical research scientist at the Berenson-Allen Center for Non-invasive Brain Stimulation.

Emiliano's focus lies in how the brain's structural and functional wiring translates into a better ability to cope with physiological and pathological aging, as well as in the possibility of enhancing cognition by means of non-invasive brain stimulation (NIBS). His research combine functional neuroimaging (resting-state fMRI), electrophysiology (EEG) and NIBS to (i) identify new markers of brain's plasticity, (ii) modulate individual connectivity profile by means of TMS, tACS and tRNS to enhance cognitive abilities (e.g. abstract reasoning and executive functions), (iii) understand the relationship between higher order cognition, brain's resilience to external perturbation and cognitive reserve. 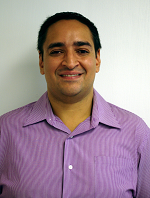 Mo obtained his MD/PhD in Medicine and Neuroscience at the University of California, Los Angeles School of Medicine. He then completed his Neurology residency at Massachusetts General Hospital (MGH) and Brigham and Women's Hospital in 2010, followed by a 2-year Clinical and Research Fellowship in Epilepsy and Clinical Neurophysiology at MGH. He is now an Instructor in Neurology at Beth Israel Deaconess Medical Center, where he works as a clinician-scientist.

The principal focus of Mo's research involves using EEG in combination with noninvasive brain stimulation techniques such as Transcranial Magnetic Stimulation (TMS) to investigate and modify human brain function and connectivity. As an example, in one recent study TMS, EEG and resting-state functional-connectivity MRI were utilized to identify cortical hyperexcitability in regions with abnormal connectivity in patients with epilepsy due to periventricular nodular heterotopia, a disorder of neuronal migration. The methods and results of this study have been published in Journal of Visualized Experiments and in Annals of Neurology, respectively. Another study investigating the effects of repetitive TMS on EEG connectivity was published in Brain Topography.

His research is also directed towards the clinical application of these tools in patients. He directed one of the first successful applications of repetitive TMS to treat a patient with medication-refractory nonconvulsive status epilepticus, published in Clinical Neurophysiology.

A second line of his work is focused on better utilizing EEG in the care of patients with seizures. In a series of investigations, has shown that interictal epileptiform discharges can predict seizures in hospitalized patients undergoing continuous EEG monitoring, and that quantitative EEG analysis techniques can be used to rapidly screen continuous EEG studies to identify seizures. These studies have led to publications in Neurology, Neurocritical Care, and Clinical Neurophysiology. 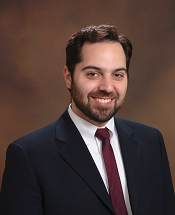 Adam attended Brown University for his undergraduate education where he obtained a bachelor of science degree in psychology. At Brown, he was first exposed to psychological research in Body Dysmorphic Disorder. He then obtained his medical degree from SUNY Upstate Medical University where he did functional neuro-imaging and genetics research the psychiatric sequelae of Velo-Cardio-Facial Syndrome. He went on to train in the Harvard Longwood Psychiatry Residency program where he became Chief Resident of the Ambulatory Psychiatry service at Beth Israel Deaconess Medical Center. He developed an interest in neuromodulation and pursued specialized training in both electroconvulsive therapy and non-invasive brain stimulation.