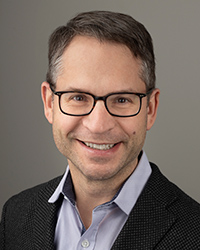 Dr. Adam Cheifetz specializes in the treatment of inflammatory bowel diseases such as Crohn’s disease and ulcerative colitis. In addition to his clinical work, he is involved in multiple research projects relating to IBD and has published over 200 articles and chapters on the subject.

Dr. Cheifetz is recognized for spearheading a treatment paradigm regarding the use of therapeutic drug monitoring (TDM) to optimize the use of anti-TNF therapies. This work, along with his research on the immunogenicity of anti-TNF, has led to practice changes nationally and internationally regarding the use of biologics in IBD and other immune-mediated inflammatory disorders. His group was the first to demonstrate that proactive monitoring of infliximab concentrations and dosing to a therapeutic window improves outcomes when compared to standard of care. They published a manuscript showing that proactive TDM, when compared to reactive TDM, was associated with greater persistence on infliximab, fewer IBD-related hospitalizations and surgeries, and fewer anti-drug antibodies and serious infusion reactions.

They also demonstrated that proactive infliximab monitoring following reactive testing is associated with better clinical outcomes than reactive testing alone in patients with inflammatory bowel disease. His group was also the first group to show that proactive therapeutic drug monitoring of adalimumab is associated with better long-term outcomes compared to standard of care in patients with IBD.

Additionally, Dr. Cheifetz’s group showed that, contrary to popular belief, anti-TNF can be safely and effectively used in select Crohn’s patients with intraabdominal phlegmons and abscesses. Based on this study and the studies that followed, this approach is now widely practiced internationally whereas previously surgery was standard of care.

Dr. Cheifetz has been invited for visiting professorships to lecture nationally and internationally on the treatment of Crohn’s disease and ulcerative colitis. He serves on the Editorial Board for several journals including World Journal of Gastroenterology, Inflammatory Bowel Diseases, and the Journal of Crohn’s and Colitis (journal of the European Crohn’s and Colitis Foundation). 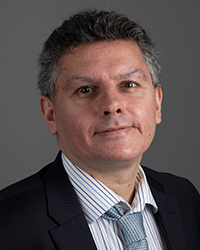 Dr. Konstantinos Papamichail is a physician-scientist internationally recognized for his innovative research in the field of therapeutic drug monitoring (TDM) of biologic therapy in IBD. During a 3-year post-doctoral Research Fellowship in the Leuven, Belgium, a Center of Excellence in the field of IBD, he performed pioneer studies to investigate the role of TDM of anti-tumor necrosis factor (anti-TNF) therapy during the induction phase in patients with IBD. Dr. Papamichail is invited to lecture both nationally and internationally and has received numerous awards and distinctions including the prestigious Fellowship Grant from the European Crohn’s and Colitis Organization (ECCO).

Drs. Cheifetz and Papamichail are well known for their novel research on the role of proactive TDM of anti-TNF-therapy in IBD showing that proactive TDM is associated with better therapeutic outcomes compared to empiric treatment optimization and/or reactive TDM. They were also leading members in a Consensus Meeting and first co-authors of a collaborative paper, published in Clinical Gastroenterology and Hepatology, of the Building Research in IBD Globally (BRIDGe) group on how to better apply TDM in clinical practice. Based on this publication, the BRIDGe Biologic Therapy Optimizer was developed to help providers improve the efficacy and safety of biologic therapy and better treat IBD patients.

Drs. Cheifetz and Papamichail are also co-founders of spECTRUM (intErnational Consortium of Therapeutic dRUg Monitoring), a consortium with global perspectives including 35 scientists from 14 countries in 5 continents aiming to determine the utility of TDM of biologics in clinical practice towards tailored personalized medicine and better patient care. Drs. Cheifetz and Papamichail are the PI and co-PI, respectively, of the OPTIMIZE (Proactive infliximab optimization using a pharmacokinetic dashboard versus standard of care in patients with Crohn's disease) trial.

Title: Proactive Infliximab Optimization Using a Pharmacokinetic Dashboard Versus Standard of Care in Patients With Crohn's Disease: The OPTIMIZE Trial

This is a multi-center randomized controlled trial which is funded by the Leona M and Harry B. Helmsley Charitable Trust.

This initiative of the spECTRUM consortium is a retrospective multi-center study aiming to investigate the association of drug concentrations during maintenance anti-tumor necrosis factor therapy with fistula healing in patients with perianal fistulizing Crohn’s disease.

This is a post-hoc analysis of the REACH (A randomized, multicenter, open-label study to evaluate the safety and efficacy of anti-TNFα chimeric monoclonal antibody [infliximab, REMICADE, Malvern, PA] in pediatric subjects with moderate-to-severe Crohn’s disease) trial that is conducted through the Yale University Open Data Access (YODA) Project.