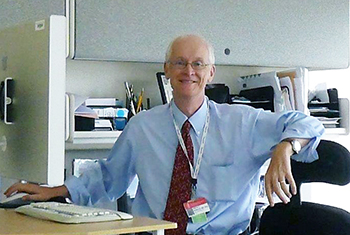 Dr. Simon C. Robson is a physician scientist and researcher within the Liver, Transplantation and Vascular Biology Centers at the Beth Israel Deaconess Medical Center, Boston. He also has ties with Transplant Biology Research Center at Massachusetts General Hospital, Boston. He is the Charlotte F. and Irving W. Rabb Professor of Medicine at Harvard Medical School. Dr. Robson graduated MB, ChB (MD equivalent) with honors and distinction from the University of Cape Town in 1978. Accredited training in Medicine and Hepatology was undertaken at Groote Schuur Hospital, Cape Town, at Kings College Hospital, London and Addenbrookes Hospital, Cambridge, United Kingdom.

He was awarded a Ph.D. in Medicine and Immunology in 1988 at the University of Cape Town and received the Biennial Gold Medal from South African Immunology Society for this work. He has Fellowship of the College of Medicine of South Africa (FCP), holds a Diploma in Child Health (DCH), Membership of the Royal College of Physicians (MRCP) and is a recent Diplomat of the American Board of Internal Medicine. Dr. Robson was elected as a fellow of the Royal College of Physicians of London (FRCP) in 1996.