Investigating the Relationship Between Cardiac and Metabolic Diseases

The CVI's nationally recognized research program in Personal Genomics and Cardiometabolic Disease is taking a close look at molecular signs of heart disease with the goal of uncovering early disease risk factors.

Directed by Dr. Robert Gerszten, the Program in Personal Genomics and Cardiometabolic Disease at BIDMC is a national leader in metabolomics and proteomics technologies. Among its key discoveries, the Gerszten laboratory has identified novel biomarkers that single out individuals destined to develop diabetes and heart disease more than a decade before disease onset, with the goal of determining which of these patients might benefit from early clinical interventions.

The group's highly interactive program incorporates basic molecular and cell biology, chemistry and mass spectrometry, and bioinformatics, with a foundation in clinical medicine. The program collaborates with researchers from across numerous institutions, including the Broad Institute, the Framingham Heart Study, the Jackson Heart Study, the Diabetes Prevention Program, and the TIMI Study Group.

The Gerszten laboratory focuses on the nexus of cardiac and metabolic diseases. To expand the novelty and clinical impact of its studies, the laboratory has developed and incorporated emerging mass-spectrometry-based technologies for the discovery of new biomarkers and pathways contributing to atherogenesis and its complications.

Focusing on "metabolomics," the team is conducting biochemical profiling aimed at identifying intracellular small molecules serving in hormone-like capacities on distant organs, including the control of blood pressure and glucose homeostasis. Because small molecules are downstream of genetic variation and transcriptional changes, they serve as "proximal reporters" of physiology, and may be relevant biomarkers for human diseases.

The Influence of Diet and Genes on Human Metabolism

Because metabolites play key roles as markers and effectors of cardiometabolic diseases, recent studies have sought to annotate the genetic determinants of circulating metabolite levels. The Gerszten laboratory has completed a genome-wide association study (GWAS) of 217 plasma metabolites, including more than 100 not measured in prior genome-wide studies.

For most analyses, estimated heritability explained more than 20 percent of inter-individual variation, and the variation in metabolite levels attributable to heritable factors was greater than that attributable to clinical factors. The team identified 31 genetic loci associated with plasma metabolites, including 23 not previously reported. The team identified eight novel associations in loci with disease phenotypes highlighting potential novel biomarkers or pathway participants.

Experimental studies demonstrated how this information highlighted a novel role for AGXT2 in cholesterol ester and triacylglycerol metabolism (not shown). The analyses have identified the genetic underpinnings of metabolic signatures and provide an opportunity to perform "Mendelian Randomization" studies to assess potential causality.

Metabolic diseases pose a particular challenge for clinicians because they are often in existence for many years before becoming clinically apparent. The Gerszten team has investigated whether metabolite profiles can predict the development of diabetes in the Framingham Heart Study.

Five branched-chain and aromatic amino acids had highly significant associations with future diabetes onset, while a combination of three amino acids strongly predicted future diabetes onset by up to 12 years, a greater than five-fold increased risk for individuals in the top quartile. These findings, made in more than 1,100 individuals, underscore the potential importance of amino acid metabolism early in the pathogenesis of diabetes, and suggest that amino acid profiles could aid in diabetes risk assessment.

Lipids associated with increased diabetes risk (particularly triacylglycerols or TAGs) fell in response to insulin action. In turn, these TAGs were elevated in the setting of insulin resistance. These studies identify a novel relationship between lipid acyl-chain content and diabetes risk, demonstrate how lipidomic profiling could also aid in clinical risk assessment beyond standard risk factors and highlight enzymes including lipid elongases and desaturases for further exploration in the context of diabetes.

Most recently, the research team completed an analysis of "intermediate" metabolites (organic acids, purines, pyrimidines and other compounds) using a novel method. The intermediate metabolite most strongly associated with incident DM was 2-aminoadipic acid (2-AAA). Individuals with elevated levels of 2-AAA had as much as a 4-fold higher risk of developing new-onset DM.

We also replicated these findings in the Malmo Diet and Cancer Study. Of note, levels of 2-AAA were not correlated with other metabolite biomarkers of DM, such as BCAA and AroAA, suggesting they report on a distinct patho-physiological pathway. 2-AAA is a poorly characterized intermediary in lysine degradation, which can ultimately enter the TCA cycle via acetyl-CoA. In experimental studies, administration of 2-AAA lowered fasting plasma glucose levels in mice fed both standard chow and high fat diets. Further, 2-AAA treatment enhanced insulin secretion from both a pancreatic beta cell line as well as murine and human islets.

These data highlight a novel metabolite not previously associated with T2D risk and a potential modulator of glucose homeostasis.

Novel Insights into the Chemistry of Exercise

Exercise is known to protect against cardiovascular and metabolic diseases and to predict long term survival, but how these effects occur is not entirely clear. We have found new metabolic changes triggered by exercise, as well as signatures that clearly distinguish more-fit from less-fit individuals.

Using our sensitive metabolic profiling method, we were able to detect metabolites involved in energy metabolism in blood that were previously thought to be confined within cells. A combination of metabolites that increased in plasma in response to exercise upregulated the expression of nur77, a transcriptional regulator of glucose utilization and lipid metabolism genes in skeletal muscle.

Dr. Benson is the Director of Preventive Cardiology at BIDMC and an Assistant Professor of Medicine at Harvard Medical School. He completed his MD, PhD, and residency training at the University of Michigan Medical School and his cardiology fellowship training at Brigham and Women's Hospital. Dr. Benson's research interest focuses on integrating human genetic, proteomic, and metabolomic approaches to identify novel disease pathways and therapeutic targets in preventive cardiology that can be taken back to the bench for mechanistic study. 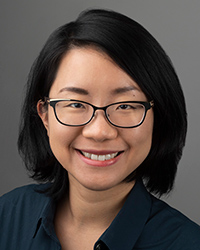 Dr. Chen is an endocrinologist and researcher studying the metabolic pathways involved in the development of diabetes and future cardiometabolic complications by studying circulating small compounds and proteins in large population cohorts. Her work is NIH-funded and aimed at understanding why people have different risks for developing diabetes and why they can have different responses to the same treatment. With her research collaborators, her goal is to identify biomarkers that will help fine-tune clinical risk assessment and begin to uncover how diabetes treatments can modify these risks. She is also working on expanding this knowledge in previously understudied populations, including African Americans and East Asians. 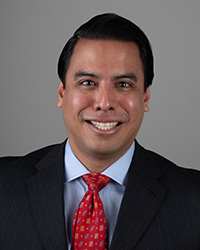 Dr. Cruz is an Instructor in Medicine at Harvard Medical School and a non-invasive cardiologist specializing in advanced cardiac imaging. He received his medical degree from Weill Cornell Medical College of Cornell University. He completed his Internal Medicine training at the Johns Hopkins Hospital and fellowship training in cardiology and advanced cardiac imaging at BIDMC. Complementing his ongoing research in the genetics and social determinants of cardiovascular disease, he is committed to underserved populations. His research interests include proteomics, metabolomics, and genomics of cardiovascular disease in understudied populations. 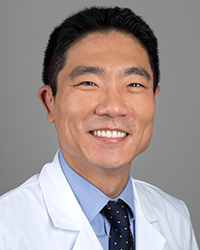 Dr. Mi attended college and medical school at Harvard before completing his internal medicine residency and cardiology fellowship at BIDMC. He sees patients on the inpatient cardiology service and in the cardiac direct access unit. His research focus is in applying integrative omics approaches to understand nutrition's impact on cardiometabolic diseases. 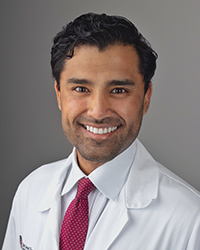 Dr. Rao is a clinical cardiology and post-doctoral research fellow at the Beth Israel Deaconess Medical Center. Originally from the UK, Prashant earned his medical degree from King's College London. His primary research focuses on using multi-omic platforms to understand the molecular pathways that mediate cardiovascular adaptations to exercise. 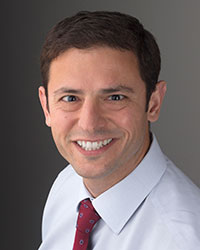 Dr. Robbins is an Instructor in Medicine at Harvard Medical School, a cardiologist, and researcher looking at the connection between exercise and cardiometabolic disease. His work is NIH-funded and aimed at helping understand why people respond to the same exercise program in different ways by studying genes, proteins, and small molecules. Robbins and his research collaborators hope to identify specific chemicals or biomarkers that help predict who benefits most from a given exercise program and to understand better how exercise mediates its exercise-induced health benefits. He also uses advanced cardiopulmonary exercise testing to study mechanisms of exercise intolerance. 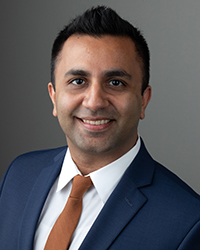 Dr. Tahir is an Instructor in Medicine, Harvard Medical School and the Director of Cardiovascular Genetics at BIDMC. His research interests include the integration of bioinformatic approaches with detailed molecular phenotyping and novel omic technologies. His work aims to leverage multi-omic analyses (genomics, proteomics, and metabolomics) to elucidate mechanisms of cardiovascular disease processes, offering a path towards the development of novel biomarkers and potential therapeutic targets.