A huge Elvis Presley fan, Maryann James, 74, is planning to fulfill a long time goal to visit Graceland. Not long ago, James, a recent pancreatic cancer patient, wasn’t sure she’d make the pilgrimage to the home of the “the King of Rock and Roll” in Memphis, Tennessee. Now, this grandmother of 13 and great grandmother of nine is making arrangements to travel there and Washington, DC, to see Elvis’s jumpsuit on display at the Smithsonian Institution. 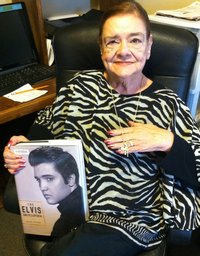 Last spring, James was constantly nauseous and had trouble holding down food. After a thorough exam with her primary care physician, an imaging test showed a suspicious mass in her abdomen. James was urged to make an appointment as soon as possible at the Pancreatic Cancer Center at Beth Israel Deaconess Medical Center (BIDMC).

At the Pancreatic Cancer Center, James had a biopsy, followed by comprehensive evaluations and imaging tests administered by pancreatic cancer specialists. She met with several experts from different disciplines, one right after the other, in the same exam room.

Results confirmed that James had pancreatic cancer, one of the most challenging types of cancer.

“I was scared stiff that day when I learned I had cancer,” James recalls. “Thank goodness, I had a wonderful team of doctors to take care of me right away, and they told me not to worry, they’d be able to get the tumor out.”

The Team and the Plan 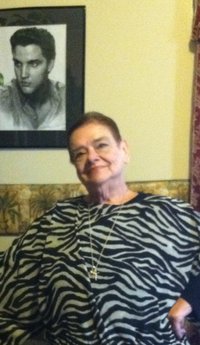 “Pancreatic cancer patients are, unfortunately, often told surgery to remove their tumors is not an option because the pancreas is closely integrated with other organs and large blood vessels and the tumors are in very challenging locations,” explains A. James (Jim) Moser, MD, an experienced surgeon with the Pancreatic Cancer Center and Co-Director of the BIDMC Pancreas and Liver Institute. “Here at the Pancreatic Cancer Center, we are getting amazing results by shrinking the tumor to the point it can be surgically removed.”

The program brings together an exceptional team of doctors in the key pancreatic cancer disciplines: gastroenterology, medical oncology, pathology, radiation oncology, radiology and pancreatic surgery -- providing a truly multidisciplinary approach for patients with pancreatic cancer. The team meets weekly to discuss each case and determine next steps.

In addition to Moser and Mancias, James’s team includes Neeharika Srivastava, MD, a medical oncologist, and Mandeep Sawhney, MD, a gastroenterologist. The treatment plan they developed for James was immediately implemented.

First, she underwent an aggressive chemotherapy treatment every two weeks. After a few cycles, she was also treated with Cyberknife radiation in between the chemotherapy.

“During my chemotherapy sessions, I had the same nurse, Sue, every time, who is so kind and sweet,” says James. “If I said so much as ‘ouch’, she appeared right away to see what was wrong. She made sure I had heated blankets, snacks, pain medications—even that a television show I liked was always on to help the time pass quickly.”

James had very little appetite during her treatments, a common side effect, and she lost a lot of weight. She started eating better with support from Lauren Fay, a BIDMC nutritionist who specializes in helping cancer patients.

“Lauren called twice a week to keep tabs on me, and gave me hints on protein drinks to make and other stuff I can handle,” says James. “It was very helpful.”

After six months, James received good news. The chemotherapy and radiation treatments were successful in shrinking her tumor so that surgery with Moser could be scheduled.

“They told me the tumor went down from two inches to a dot, and, then, from a dot to a shadow,” James says.

For good luck during her surgery, she went out and bought a long, gold necklace with three charms—like the one Elvis wore.

James’s surgery went as planned. Moser removed the tumor, and she went home from the hospital after a few days recovering at BIDMC. Her pathology showed that her cancer had disappeared completely.

Today, James feels well and is gradually getting her energy back. She keeps busy, surrounded and supported by her daughter, son-in-law, and three grandsons, with whom she lives. She enjoys walking to the water’s edge to watch the boats in her hometown along the Massachusetts coast. She allots a significant amount of time to listening to Elvis’s music, reading his biographies and watching documentaries about him on television.

James’s care team continues to follow her closely. She returns to the Pancreatic Cancer Center for follow-up evaluations with her specialists and periodic imaging tests and scans.

“I’m so grateful and can’t praise every member of my team enough for taking such good care of me,” says James.

She’ll be the matriarch of three generations around her table this holiday season, and she knows she has much for which to be thankful.