More Within Our Products and Companies 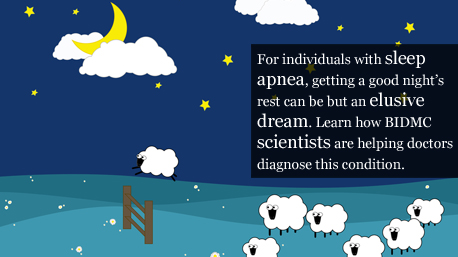 For individuals with sleep apnea, getting a good night's rest can be but an elusive dream.

A widespread sleep disorder, sleep apnea causes patients to stop breathing for short periods of time throughout the night leaving them groggy and unrested, no matter how early their bedtimes. The condition is as common as adult diabetes, affecting upwards of 12 million individuals in the U.S., and doctors suspect that many more cases of sleep apnea may be undiagnosed -- and untreated.

Now, a new technique developed by a scientific team at Beth Israel Deaconess Medical Center (BIDMC) uses information gleaned from an electrocardiogram (ECG) to diagnose sleep apnea and distinguish "healthy sleep" from "unhealthy sleep." Known as a cardiopulmonary coupling (CPC) system, the technique has been incorporated into devices and software which is manufactured by Embla Systems, Inc. a Colorado-based sleep diagnostic software and equipment company. The CPC technology is currently being distributed throughout Europe and the U.S.

Providing Doctors with a More Accurate Assessment of Slumber

But notes Robert Thomas, MD, a researcher in the Division of Pulmonary, Critical Care and Sleep Medicine at BIDMC, "While sleep is a brain function, it's also a full-body state."

Wanting to find out what could be learned about sleep by also examining information from the heart, and searching for a way to analyze sleep patterns that wouldn't require patients to spend an entire night in a sleep lab, Thomas embarked on a collaboration with BIDMC cardiologist Ary Goldberger, MD, and his BIDMC colleagues bioengineer Joseph Mietus, PhD and statistical physicist Chung-Kang Peng, PhD.

This collaboration yielded the CPC, a method of sleep analysis that represents the "coupling" of many biological systems, including the autonomic nervous system, respiration and heart rate.

"Stable and unstable patterns fluctuate throughout the sleep cycle," explains Thomas. "Rather than just counting how many times a patient stops breathing [as would be accomplished in a typical polysomnography sleep study], the CPC system captures the dynamic relationship between breathing and heart rates and translates these signals into a novel graph called a sleep spectrogram." With its prominent peaks and valleys, the spectrogram resembles a topographical map - and provides clinicians with a more detailed picture of a person's sleep health than is available through traditional means.

It turns out that everyone has some periods of unstable, or more aroused sleep. But for individuals with sleep apnea and other sleep disorders, there is a far greater amount of unstable sleep than there is healthy stable sleep.

There are three major classes of sleep apnea: Obstructive sleep apnea is caused by an intermittent blockage in the upper airway, often the result of soft tissue at the back of the throat or neck; central sleep apnea develops when the brain fails to signal the muscles to breathe and is associated with conditions such as heart failure or stroke; and mixed or complex sleep apnea, a combination of these two.

"The stable sleep of a healthy person produces much higher frequency peaks on the spectrogram than does unstable sleep," explains Thomas, adding that in the case of a sleep apnea patient, the stable landscape can almost entirely disappear. But, he adds, it has been demonstrated that once a sleep apnea patient receives treatment with a special breathing device known as a continuous positive airway pressure system (CPAP), the landscape depicted on the sleep graph once again becomes filled with high frequency peaks. 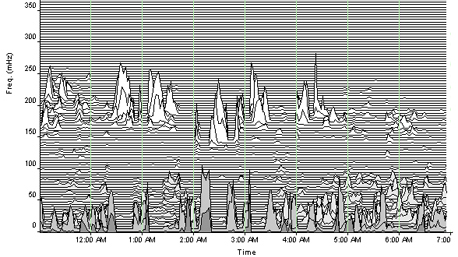 CPC is currently available with Embla Systems' RemLogic software platform, with either the sleep-laboratory based system or the home study system. The future trends toward even smaller devices that record only the ECG, and can be used to diagnose and monitor sleep health at home.

"These small devices are likely to be the future of sleep medicine," adds Thomas. As a result, software such as CPC can be expected to allow clinicians to monitor apnea patients' CPAP machines from remote locations, enabling doctors to make necessary adjustments to air pressure measurements, while sparing patients repeat visits to a sleep lab. Furthermore, he adds, the CPC technology is not restricted to sleep apnea patients - sleep disorders of any kind can be tracked and assessed through this method.

"Working with the team from BIDMC has been very rewarding," notes David Baker, CEO of Embla Systems, Inc. "I believe the introduction of this technology is one of the most significant advances in sleep medicine of the last two decades. CPC presents a simple 'picture' of sleep that can be understood by everyone."