About the RNA Medicine Faculty 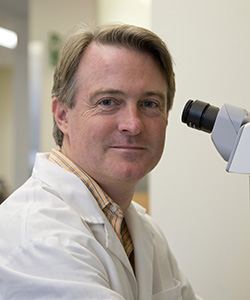 Dr. Frank Slack is the Director of the HMS Initiative for RNA Medicine, Beth Israel Deaconess Medical Center and the Shields Warren Mallinckrodt Professor of Medical Research, Departments of Pathology and Medicine, Harvard Medical School. He received his BSc from the University of Cape Town in South Africa before completing his PhD in molecular biology at Tufts University School of Medicine. He began work on microRNAs as a postdoctoral fellow in Gary Ruvkun’s laboratory at Harvard Medical School, where he co-discovered the second known microRNA, let-7.

The Slack laboratory is at the forefront of the small RNA revolution. They co-discovered the first human microRNA, let-7 and showed that it is a tumor suppressor that controls key cancer genes, such as RAS, MYC and LIN28. They are developing let-7 and a second microRNA, miR-34 as novel cancer therapeutics with miR-34 already in Phase I clinical trials. They also proved that microRNAs act as key oncogenes and developed strategies to target these oncomiRs for cancer therapy. Their research also extends to discovery of additional novel small RNAs in development, cancer, aging and diabetes as well as identifying novel SNPs in the non-coding portions of the genome with an eye to identifying the next generation of actionable targets in cancer. 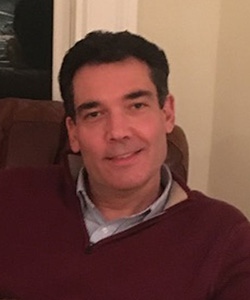 Dr. Gregory is Professor in the Departments of Biological Chemistry and Molecular Pharmacology, and Pediatrics at Harvard Medical School, and Principal Investigator in The Stem Cell Program in the Division of Hematology/Oncology at Boston Children’s Hospital. He is also Principal faculty member of The Harvard Stem Cell Institute, and a 2008 Pew Scholar. He received a PhD from Cambridge University, UK in 2001, studying genomic imprinting at the Babraham Institute. Dr. Gregory performed his postdoctoral work at the Fox Chase Cancer Center and the Wistar Institute, Philadelphia. His postdoctoral research focused on mechanisms of miRNA biogenesis and function, and was supported by a Jane Coffin Childs Research Fellowship.

Since its establishment in 2006, research in the Gregory laboratory has focused on identifying and characterizing new mechanisms of RNA regulation in the dynamic control of gene expression. They apply this knowledge to explore how RNA regulatory pathways impact stem cell pluripotency, mammalian development, growth, cancer, and neurological diseases. Ultimately they aim to exploit this understanding for the development of new therapeutic approaches for cancer and degenerative disease. Their specialized research program bridges RNA biochemistry/molecular biology and stem cell research at the forefront of an exciting area of investigation focused on the regulation of microRNAs (miRNAs), messenger RNAs (mRNAs), and long non-coding RNAs (lncRNAs). They have made significant contributions to identifying and characterizing key molecular and cellular mechanisms of stem cell biology including the regulation of let-7 miRNAs by the RNA-binding protein and pluripotency factor LIN28. A second major focus of the laboratory is to investigate how alterations in RNA biogenesis and decay pathways contribute to human disease. They are currently broadening the scope of their work to include additional disease genes and pathways impacting RNA metabolism. Their innovative research strategy addresses areas that are new, unexplored, and poorly understood.