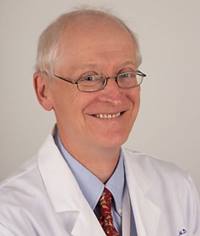 Joseph J. and Josephine A. Gazzola Family Chair in the Field of Inflammation Research

Dr. Robson's major area of basic science and translational research provides the central theme of the newly formed Center for Inflammation Research. This involves innovative work in vascular biology, immunity, immunometabolism and purinergic signaling. His focus over the past two decades has been on the discovery, characterization and investigations of mammalian ectonucleotidases, which are vascular, myeloid and regulatory lymphoid cell expressed ectoenzymes that hydrolyze extracellular nucleotides, such as ATP and ADP, to immunosuppressive adenosine and derivatives.

CD39 and other gene family members, expressed on the vasculature and T regulatory and other immune cells, in tandem with CD73 have the catalytic ability to generate extracellular adenosine from ATP and other pro-inflammatory nucleotides. These ectoenzymes are crucial for the maintenance of homeostasis, and in the control of inflammation and immune responses in transplanted organs; as well in native organs, such as the lungs and liver (see reviews below).

CD39 and family members are likewise highly relevant to the control of inflammation in human disease and provide innovative therapeutic targets in e.g. inflammatory diseases of the gastrointestinal system.

The intestinal lumen is anaerobic, which results in a steep oxygen gradient across the epithelial monolayer. In patients with intestinal inflammation such as that which occurs in the course of inflammatory bowel disease (IBD), a decrease in metabolic supply (e.g., due to thrombosed vessels) and profound increases in oxygen demand result in an imbalance in oxygen availability. This imbalance causes severe hypoxia of the inflamed mucosa, as indicated by histologic staining for tissue hypoxia (as shown in the lower insert, the orange staining that extends from the apical aspects of the mucosa into the crypts and submucosal tissues indicates severe tissue hypoxia). Release of ATP or ADP from inflammatory cells, platelets, or epithelial cells results in the activation of P2 receptors such as the P2X7 receptor, expressed on enteric neurons, thereby promoting tissue inflammation and injury.

Hypoxia causes the activation of transcriptional programs that result in an Sp1-dependent induction of CD39 and a hypoxia-inducible factor (HIF)–dependent induction of CD73 and the ADORA2B (A2B) adenosine receptor. Experimental studies indicate that adenosine-receptor activation dampens intestinal inflammation and promotes epithelial integrity during intestinal inflammation. This can be achieved therapeutically by CD39 and related proteins being solubilized or coupled to biodegradable polymers/liposomes, resulting in boosting of the generation of adenosine.

Select investigational agents may be administered systemically to ameliorate inflammatory responses as in ischemia reperfusion injury, graft rejection and systemic inflammatory states as following surgery or in the context of chronic inflammatory disease.

Purinergic signaling is also a central component of the dysregulated inflammation in cancer. Immune escape of cancer involves heightened suppressive responses to extracellular nucleotides and adenosine, which are also tightly regulated by the ectonucleotidases CD39 and CD73. Therefore, pharmacological blockade of CD39 and CD73, as with neutralizing antibodies or small molecules, can augment host cellular responses and alter vascular homeostasis to specifically target experimental cancers. This bolstering of immunostimulatory effects, by overcoming immune exhaustion and augmenting responses to release of ATP post-chemotherapy, has potential clinical benefits in cancer and other states of immune exhaustion.

Dr. Simon Robson is a physician scientist. He received his Medical degree in Internal Medicine and PhD in Internal Medicine from the University of Cape Town, South Africa. After serving as the Chief Medical Scientist and Deputy Director of the Medical Research Council of the Liver Center at the University of Cape Town Dr. Robson joined the Faculty of Medicine at Harvard Medical School in 1996. From 2012 to 2015 Dr. Robson served as the Chief of Gastroenterology, Hepatology & Endoscopy at BIDMC. At BIDMC, he holds the title of Director of Liver Research within the Division of Gastroenterology and has been a core faculty member of the Transplant Institute.

Since 1996 Dr. Robson's research program has been continuously funded by grants from NIH, the DoD, AASLD, AHA and other national and international sources as well as biopharmaceutical industry. He has served as a standing charter member on NIH, AHA and other Study Sections. As a member of the AASLD Basic Research Committee, he has organized Liver Fibrosis Special Interest Group (SIG) programs. He is a thought leader in purinergic signaling area and served as the Chairman of Scientific Committees and International Workshops on Purinergic Signaling, as well as being an Associate Editor of several journals inclusive of "Purinergic Signalling."

While running a highly successful and robust research program he also remains active clinically in Hepatology and Liver Transplantation and cares for a diverse population of patients with inflammatory, autoimmune and vascular-type liver diseases; as well as those undergoing liver transplantation.

In 2018 Dr. Robson joined the Department of Anesthesia, Critical Care and Pain Medicine at BIDMC as the Director of the Center for Inflammation Research. In 2019 he was appointed to the position of the Vice Chair of Anesthesia Research.

Back to Anesthesia Research