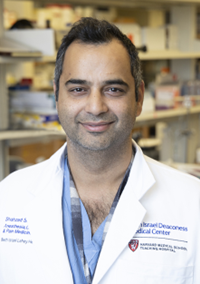 Dr. Shahzad Shaefi's research program is focused on translational and clinical research surrounding the protective effects of different admixtures of oxygen administered perioperatively, as well as prevention and treatment of Perioperative Neurocognitive Disorder following cardiac surgery. His laboratory and clinical focus include the following areas of interest: 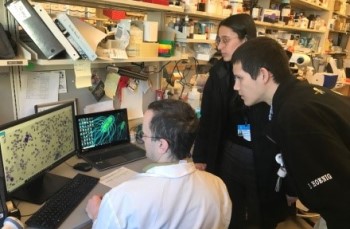 Through funding by the K08 mechanism from the NIH/NIGMS, Dr. Shaefi's lab is investigating whether hypoxia could be beneficial and perhaps even necessary for attenuation of the inflammatory response in various disease states. Murine models of sepsis, trauma, subsequent critical illness and cardiac arrest are currently being utilized. A study of the effects of differing concentrations of oxygen and use of other gasotransmitters in a porcine cardiopulmonary bypass model is also underway.

Dr. Shaefi is involved in a clinical study funded by the Department of Defense Funding, in which he is assessing clinical outcome and changes in inflammatory signatures with administration of conservative vs conventional oxygen levels delivered to patients in the ICU. In addition, he is embarking upon work associated with the administration low-dose carbon monoxide. Carbon monoxide exerts its effects in part by binding to the same hemoproteins as oxygen, largely in the mitochondria. There is significant preclinical data that has been amassed regarding the anti-inflammatory, anti-apoptotic and antimicrobial effects of carbon monoxide. Dr. Shaefi's lab is performing exploratory studies in healthy human volunteers with carbon monoxide exposure as a prelude to larger clinical trials in various surgical and critical illness settings. The demonstration of salutary effects of carbon monoxide in the perioperative space has far-reaching and significant implications for the care of our patients.

Dr. Shaefi has a long-standing interest in post-cardiac surgical delirium. With funding from the NIH/NIA his laboratory is examining proteomic signatures of patients exhibiting delirium after cardiac surgery. This proteomic analysis, together with advanced bioinformatics, has led to the potential identification of various candidate biomarker proteins of delirium after cardiac surgery. Ongoing prospective work will further examine and validate these biomarkers and assess the potential of regulating upstream and downstream signaling of pathways that involve these proteins.

Dr. Shahzad Shaefi obtained his medical degree from University College London, England. After graduation, he pursued his professional training both in the United Kingdom and the United States. He completed an internship at Brigham and Women's Hospital and his residency in Anesthesiology at Massachusetts General Hospital. Dr. Shaefi subsequently pursued dual cardiac anesthesia and critical care fellowship training at Columbia University Medical Center. He has also attained a Master in Public Health from Harvard T.H. Chan School of Public Health.

Dr. Shaefi also engaged in many professional organizations including the SCA, AUA, SOCCA, IARS and ASA. He is the SOCCA liaison to the SCA and a member of the Research and Scientific Program Committees at the SCA.