We have many distinguished alumni that have gained valuable experience under Dr. Balk that allowed them to grow and advance to the next stages of their careers. Our lab prepares its members to be competitive in the scientific and medical community. We are sad to see them go, but content knowing that they are ready to meet the challenges of the future. 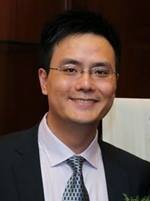 Ziyang Yu, Ph.D. was a postdoc in the lab from 2011-2015. His primary research focus was the mechanism regulating androgen receptor (AR) degradation. In the U.S., prostate cancer is the most frequently diagnosed tumor for men. Androgen deprivation therapies (castration) induce transient tumor regression but patients invariably develop castration-resistance prostate cancer (CRPC). Recent administration of abiraterone which inhibits intratumoral androgen synthesis brings another successful, but transient, suppression of CRPC growth and the tumors start to grow again. Reactivated AR signaling plays a pivotal role in the recurrence of prostate cancer and remains a bona fide therapeutic target. Dr. Yu worked to identify the amino acid residues mediating AR degradation and to elucidate the signaling pathways leading to such process. Dr Yu has finished his postdoc and is now a Principle Scientist at Radius. 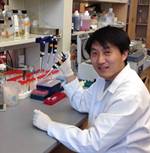 Yanfei Gao, Ph.D. was a postdoc in the lab from 2012-2015. Dr. Gao received his Ph.D. degree major in cell biology in 2011 from the National Center of Biomedical Analysis (NCBA) of China. His dissertation work was focused on cancer study, with emphasis on mitotic regulation and genomic instability. In 2012, he joined Prof. Steven Balk’s lab as a postdoctoral fellow to pursue a higher training in prostate cancer biology. In this lab, he explored more molecular mechanisms on androgen receptor (AR) regulation and fundamentals on prostate cancer development and therapy. He was involved in studies on the post-translational modification of AR. Dr. Gao has finished his postdoc and has returned to China. 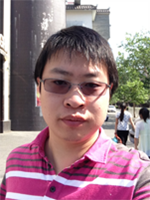 Xiaming Liu, Ph.D. was a postdoc in the lab from 2012-2015. Dr. Liu's previous research activities at Tongji hospital (Wuhan, China) covered the effects of terahertz wave on human tissue activation. As a postdoctoral research fellow, he worked at BIDMC to study the regulation of androgen receptor by phosphoprotein phosphatases (e.g. PP1) and the biology of BRD4 (and its antagonist JQ1) in prostate cancer. Dr. Liu has finished his postdoc and has returned to China. 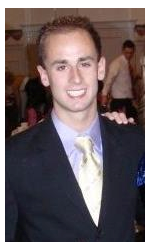 Sean Gerrin, M.S. was a research assistant in the lab from 2012-2015. He worked under Huihui Ye, MD, who is a Staff Pathologist physician. Sean was involved in collecting prostate tissue for many of the collaborative projects occurring within the medical center as well as other academic medical institutions. In addition, he tested a variety of potential biomarkers of interest (PTEN, PIN4, SirT3, and ERG) for the detection of different cytological features of prostate cancer utilizing Immunohistochemistry and other assays. Sean graduated the Biotechnology program with a concentration in the life sciences at Harvard University. He used his time at BIDMC and in the Balk lab to investigate the evolutionary mechanisms of how high-grade prostatic intraepithelial neoplasia (HGPIN) may progress to higher Gleason graded patterns (3 or 4) to support his graduate thesis project. Prior to joining Beth Israel, Sean worked as a Research Associate at U.S. Genomics. Currently Sean works at Covaris as an Account Manager.

Amalia Sweet was a summer intern in 2014 and 2015. She helped many projects in the laboratory progress much quicker with her assistance. She learned many new techniques including Western blot, PCR, and laser capture microdissection. She currently attends Smith College.

Dr. Lingfeng He is now a Lab Manager in the College of Life Sciences at Nanjing Normal University.

Nicholas Simon is now a medical student at the University of Virginia.

Dr. Hongyun Wang is now a Research Scientist in Oncology at Novartis.

Sarah Gulla is a Family Nurse Practitioner at the Tak Medical Group.