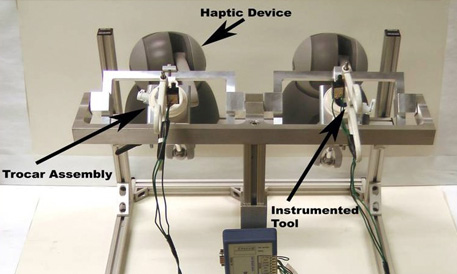 Fundamentals of Laparoscopic Surgery (FLS), is a set of five basic tasks which has been approved for skills training and credentials in North America. The Virtual Basic Laparoscopic Skills Trainer (VBLaST) is a virtual reality trainer that replicates the FLS tasks for skills training. In this project, a specialized interface with haptic feedback was built at CeMSIM, RPI to replicate the FLS box for the VBLaST. Currently in the project, three tasks of the FLS namely, Peg Transfer, Pattern Cutting and Ligating Loop have been implemented. Construct and convergent validity for the Peg Transfer task have also been completed with subject pool of medical students, residents, Fellows and attendings from Beth Israel Deaconess Medical Center. Validation study for the Pattern Cutting and Ligating Loop simulations are planned to be undertaken in early December of 2011. 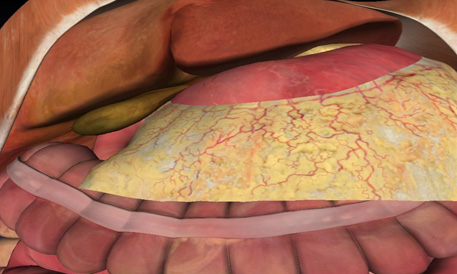 NOTES is an emerging technology which is currently undergoing FDA approved clinical trials in USA. The surgery has also been performed at many places around the world. Due to experimental in nature, the NOTES require extensive testing/training in animal or virtual simulator models before successfully transitioning to humans. The instrumentation used for NOTES are derived from traditional endoscopic surgery and may require changes for which a realistic test bed is needed. Animal models are expensive and have to be replenished after each procedure.

In order to provide training and testing platform for NOTES, the VR-NOTES simulator is being developed at CeMSIM, RPI. A need analysis study was performed in 2011 Annual NOSCAR conference to identify, the procedure that should be simulated for NOTES along with the possible routes, type and number of channels of the scope for interaction. NOTES- Cholecystectomy was chosen as the target procedure based on the overwhelming response from the study participants. Both transgastric and transvaginal approaches are being modeled in the VR-NOTES simulator. 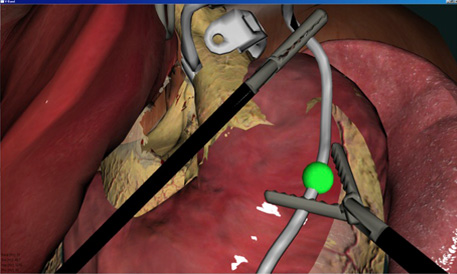 The virtual reality simulators that have been developed so far have been focused on either part-task or procedural simulations with an overall goal of increasing the psychomotor skills of the trainees. Though there are some simulators that can give you evaluations at the completion of the procedure, no real-time feedback systems exists for giving feedback to the trainee on the fly. Moreover, creating an environment as close to real surgery as possible including, the operating room environment, devices and noises in the room, would make the training very realistic. To test this hypothesis, the Gen 2 simulator is being currently developed at the CeMSIM, RPI. The simulator will train on the LAGB procedure using SILS technique. The models and simulation that was developed for our previous simulator for LAGB using multi-port laparoscopic technique (Gen 1) is being used for the Gen2 simulator. In addition, a virtual operating room is being currently modeled to provide realistic environment for the trainee and increase the cognitive fidelity of the simulator. A cognitive feedback module will be developed in 2012 and validation studies are planned for the end of 2012. 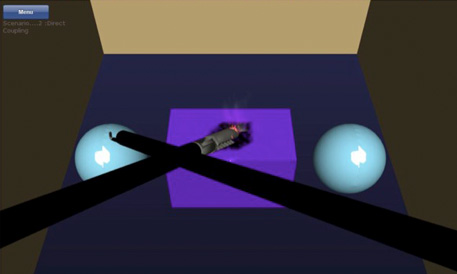 Electrosurgery is an important technique that needs to be mastered. Training in electrosurgery is difficult since using in vitro models produce dangerous smoke and active energy should be used at all times. Moreover, clear understanding on the principles of electrosurgery is needed to effectively operate the devices. A virtual reality simulator for electrosurgery will be a valuable tool since the procedure can be repeated any number of times without the need to change the models, clearing smoke or using an actual energy source. The virtual electrosurgery trainer (VEST) is an ongoing project at the CeMSIM, RPI that currently includes basic modules to teach possible ways of patient injury during an electrosurgery procedure. The VEST can simulate, insulation failure, capacitive and direct coupling. An interface with two ports for trocar and tool placement whose motion are captured by optical and gyroscope sensors was built to interface the VEST for testing. The system was successfully demonstrated to the expert surgeons during the SAGES meeting in Boston this year.