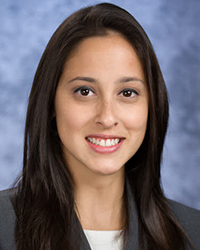 University of Florida College of Medicine

Gabrielle's hometown is Miami, Florida. She received her BS at the University of Florida – Gainesville, majoring in Biology and Psychology, receiving the National Hispanic Scholar Award and the Bausch and Lomb Math and Science Award. As a medical student at the University of Florida, Gabrielle received the Thomas McLelland Brown Rotary Scholarship and the Goodman Trust Research Award. Gabrielle served as the Women's Healthcare Coordinator at Equal Access, a student run medical clinic, participated in Project Heal, served as President of Medical Students for Choice, and was a member of the Admissions Committee. After three years of clinical training, Gabrielle pursued translational research in colon and rectal cancer as a postdoctoral fellow in glycobiology. Her clinical interest is colon and rectal surgery. Gabrielle enjoys running, painting, camping, hiking, reading, baking, and watching movies with her cat Max. 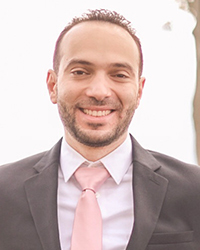 Khaled's hometown is Damascus, Syria. He received his MD from Syrian Private University in Damascus. He subsequently completed a two-year research fellowship in trauma and critical care surgery at Brigham and Women's Hospital, followed by one year of transitional research in thoracic surgery at BWH. During his first year at BWH, Khaled received the Team Excellence Award. As part of his project, he created a database of thoracic surgical outcomes. His clinical interests are trauma surgery, critical care, and disaster management. Khaled enjoys playing soccer, basketball, and reading. 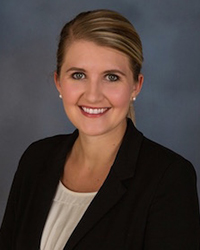 University of Alabama School of Medicine

Kayla’s hometown is Muscle Shoals, Alabama. Kayla received her BS in Mathematics from the University of Alabama at Birmingham and a Masters in Applied American Politics and Policy from Florida State University. Kayla received her MD from the University of Alabama School of Medicine where she received the Paul W. Burleson Scholarship, the Society of Thoracic Surgery Looking to the Future Scholarship, and was a recipient of a NIH research training grant. Kayla was a member of the Admissions Committee, the Student Government Association, and volunteered at Equal Access Birmingham, a free clinic. Kayla was the co-founder and President of the Cardiothoracic Surgery Interest Group and pursued research in cardiothoracic surgery with James Kirklin,MD. Her surgical interests include general surgery. Kayla enjoys  drawing, reading, and traveling. 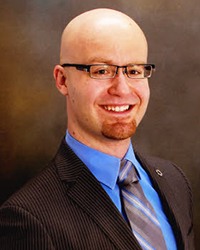 Mark is originally from Sacramento, California. He received his BA from the University of California, Berkeley, where he majored in Integrative Biology. As a medical student at the Medical College of Wisconsin, Mark served as President of the Student Assembly and was elected to the Gold Humanism Honor Society. He also became involved with organized medicine, serving as President of the MCW chapter of the AMA before being elected to the Governing Council of the AMA's Medical Student Section and receiving the Houghton Award from the Wisconsin Medical Society. He has continued this involvement with the Massachusetts Medical Society, and currently sits on the Governing Council of the Resident and Fellows Section of the AMA. He is interested in pediatric surgery and quality improvement, and obtained his MPH from Harvard while doing epidemiological research on pediatric appendicitis at Boston Children's Hospital. Mark grew up backpacking in the Sierra Nevada mountains and continues to enjoy hiking, camping, skiing, and rock and ice climbing in the White Mountains with his Bernese Mountain Dog, Navi. 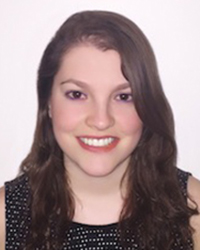 Stefanie's hometown is Morganville, New Jersey. Stefanie received her BA magna cum laude from Dartmouth College, majoring in Anthropology. She was a recipient of the Claire Garber Goodman Grant, the Paul and Evalyn Richter Memorial Fund Grant, and was elected to Phi Beta Kappa. She received her MD from Weill Cornell Medical College. As a medical student, Stefanie co-founded the PreOp surgical exposure program, was a mentor for underrepresented minority high school students, and served as President of the Cornell Adventures in the Mountains Program. Stefanie was elected to AOA and served as co-President of the Stimson Surgical Society. Her surgical interests include pediatric surgery. After two years of clinical training, she pursued a basic science research fellowship at Boston Children's Hospital. Stefanie enjoys hiking and skiing. 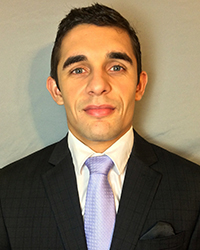 Jonathan's hometown is Carolina, Puerto Rico. Jonathan graduated from the University of Puerto Rico with a BA in Natural Sciences followed by an MD from Ponce School of Medicine and Health Sciences. After his initial three years of surgical residency, Jonathan pursued a research fellowship in surgical oncology with a focus on colorectal cancer immunology. His surgical interests are colorectal surgery and surgical oncology. Jonathan enjoys Brazilian Jiu Jitsu, traveling, and gastronomy. 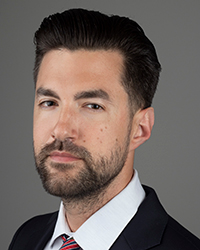 Ben’s hometown is Pittsburgh, PA. Ben received a BA from Johns Hopkins in International Studies, where he was inducted into Pi Sigma Alpha and played varsity baseball and football.  After college Ben played three seasons in the Arena Football League.  He then received his MD from the Sidney Kimmel Medical College at Thomas Jefferson University, where he enrolled in the Population Health Program, a specialized medical school curriculum in public health.  At Jefferson, Ben was a Levitt Scholar, pursued research in surgical oncology, and served on the Athlete Health Organization, providing screenings to high school athletes. Ben was inducted into the George McClellan Surgical Honor Society and the Hobart Amory Hare Medical Honor Society. His surgical interests include plastic and reconstructive surgery and surgical oncology. Ben enjoys surfing, cooking at home, going out for sushi, and playing with other people’s dogs. 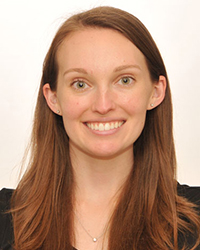 Claire’s hometown is Highlands Ranch, CO. Claire received a BS in Chemistry at the University of Notre Dame and was the recipient of the Irish Clover Award for outstanding service to the student body. Claire received her MD from the Sidney Kimmel Medical College of Thomas Jefferson University and served on the Admissions Committee, the Professional Conduct Committee, the Student Advisory Committee on Professionalism, and was a student leader for the Jefferson Center for Inter-Professional Education. Claire was elected into the George McClellan Surgical Honors Society.  Her surgical interests include colorectal surgery as well as clinical effectiveness research and quality improvement. Claire is an avid runner and has volunteered as a guide for Achilles International in both Philadelphia and Boston. 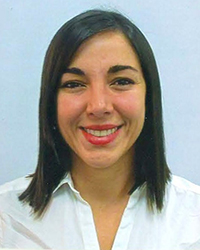 Alessandra received her MD from the School of Medicine at Universidad de Los Andes in Bogotá, Colombia, graduating as Class Salutatorian. Following graduation, Alessandra completed one year of social service as a general practitioner in rural Colombia. She continued her studies in the United States, earning a Masters in clinical epidemiology from the Harvard School of Public Health, while pursuing research in pancreatic and biliary disease with multiple contributions to the surgical literature. Alessandra’s clinical interests are gastrointestinal, pancreatobiliary and transplant surgery. She enjoys horseback riding, travelling, dancing and the FIFA World Cup.