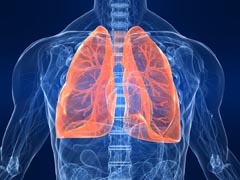 With three full-time adult cardiac surgeons and two dedicated general thoracic surgeons, about 800 cardiac cases and more than 600 major thoracic cases were performed at BIDMC over the past year. The varieties of operations include:

Teaching by outstanding Harvard Medical School faculty enables the resident to become proficient in the operative and perioperative care of patients. Progress toward technical proficiency is evaluated at multiple points during the residency. Multiple educational sessions occur throughout the week on each service, including preoperative case conference, core curriculum conference, professor rounds, clinical case conference and cardiac catheterization conference. In addition, monthly journal clubs and multidisciplinary airway conferences are held. Participation in the Harvard Combined Cardiothoracic Conference is mandatory.

Our two-year program consists of:

The first six-month block of the first year is composed of General Thoracic Surgery.

The second six-month block of the first year is composed of Adult Cardiac Surgery.

Residents are involved in the operative care at an early stage, but only at a time when the attending surgeon feels comfortable allowing the resident to perform an active role

During the second quarter of year two, in a three-month block, the resident is again exposed to cardiac surgery.

During the second half of year two, in a six-month block, the resident spends time on the Adult Cardiac Surgery or General Thoracic Surgery service. This will be dependent on the individual resident's eventual career focus and exposure to that point. The resident functions as the chief resident on either service.