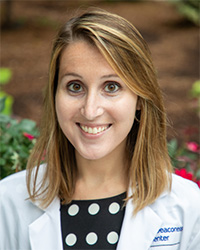 Caleigh graduated with her Doctor of Pharmacy Degree from Western New England University College of Pharmacy. While completing her advanced practice rotations as a student, she developed a strong interest in critical care early on. She competed her PGY-1 Pharmacy Practice Residency at Yale New Haven Hospital in New Haven, Connecticut. Upon completion of her PGY-2, she hopes to practice as a critical care pharmacist at a large academic and level 1 trauma medical center. She also hopes to continue to participate in research, along with remaining an active member of both the Society of Critical Care Medicine (SCCM) and the American Society of Health-System Pharmacists (ASHP). Outside of pharmacy, she enjoys playing tennis, spending time with family and friends, as well as exploring new restaurants and wineries.

Robert graduated with his Doctor of Pharmacy degree from MCPHS University in Boston, MA then went on to complete his PGY-1 Pharmacy Practice Residency at Brigham and Women’s Hospital in Boston where his interest in critical care continued to grow. Upon completion of his PGY-2 Critical Care Pharmacy Residency, he hopes to be involved in academia, precepting students and residents, as well as practicing in the ICU. His critical interests currently include medical ICU and neuro ICU. Outside of pharmacy, Rob enjoys hiking, camping, and spending time with family and friends.