The Katherine Swan Ginsburg Program offers an annual fellowship to support a resident's scholarly project relating to humanism in medicine. Under the combined mentorship of Dr. Jonathan Crocker and a BIDMC faculty member, a wide variety of qualitative and descriptive studies and research projects have been developed over the past six years. Projects are presented on the Resident Research Day, as well as during the KSG Humanism in Medicine Week of events each spring. 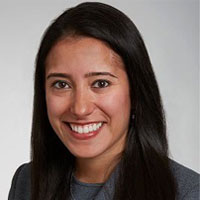 Sami was a double major in English and Biology at Wesleyan University, where she was also a coxswain on the women's varsity crew team and served as the founding president of the school's only sorority. She went on to complete her medical degree from Cooper Medical School of Rowan University in Camden, NJ. During medical school, she founded and served as editor-in-chief of The Asclepian, the school's medical humanities magazine. Sami is completing her internal medicine residency at BIDMC, where she has enjoyed organizing the KSG writing group. As the 2019-2020 KSG Fellow, she created Caducean Lights, a magazine of art and literature authored by the BIDMC community. 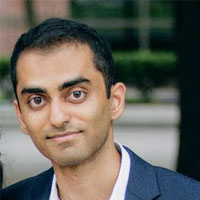 Muthu majored in biomechanical engineering at Stanford University. Prior to medical school Muthu worked as an analytics consultant for a technology startup, Ayasdi, developing new healthcare applications of their technologies. While there, he founded and led an all sports analytics work project addressing professional basketball, baseball and football athlete performance, wearable devices and sports injury prevention earning him "Forbes 30 under 30" in Sports in 2012 and 2013. He complete medical school training at Stanford University School of Medicine. For his KSG project, Dr. Alagappan will explore the rise of artificial intelligence in medicine and how it will impact the patient physician relationship. On one hand, AI technologies can enhance our ability to digest information, diagnose disease, and select optimal treatments, but these technologies also pose a risk to the sacred and humanistic relationship that exists between patient and provider. Through a narrative writing piece he will highlight the characteristics of physicians that can never be replaced by a computer. 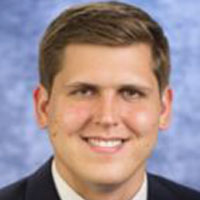 After completing his bachelor degree in Molecular Biology at the University of Central Florida, and medical school training at the University of Florida College of Medicine, Sam moved north to train at Beth Israel Deaconess Medical Center. He has engaged in survey-based research on medical student usage of internet resources as it relates to their medical education. Inspired by personal observations in his family, and by the 2014 film Alive Inside: A Story of Music and Memory which revealed the powerful trigger for memory and joy that music can be, Sam will spend his year as a KSG fellow to assess the feasibility and efficacy of making available personalized music selection for medicine in-patients with dementia and delirium. The referral for music for patients on personal devices will be patient-, family-, and staff-driven. 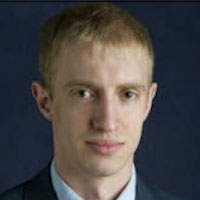 James, originally from the Pacific Northwest, is a graduate of the University of Delaware with a degree in biochemistry. After his undergraduate degree, he was awarded a Marshall Scholarship and went to Newcastle, England where he received a PhD in Human Genetics, doing stem cell research at Newcastle University. At that point, his career shifted from biomedical research to clinical medicine. He went to the University of Pittsburgh School of Medicine to complete a medical degree, before coming to Beth Israel Deaconess Medical Center for his internal medicine residency. His non-clinical work has focused on improving care at the end of life, including projects to clarify the role of physicians in the post-death process, address failures to uphold the respect and dignity of deceased patients and their families, and train medical house staff in communication skills surrounding death and bereavement. As a KSG fellow, he plans to develop a curriculum that focuses on house staff communication with families during the death process, including respectfully pronouncing the death of a patient as well as the immediate post-death discussions with families and loved ones such as autopsy consent, bereavement resources, and basic logistics. He would also like to participate in a larger effort at BIDMC to focus the lens and methods of quality improvement on the end of life process. 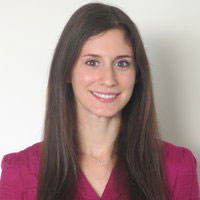 Leah is currently completing her first year of training at the Internal Medicine Residency Program at BIDMC. Leah was born in New York City, where she lived until starting college. She attended Tufts University and majored in Child Development and Pre-Medical Sciences. After graduation, she worked for two years doing medical education research at NYU School of Medicine. It was there that she first became interested in medical education. She went on to Albert Einstein College of Medicine to complete her medical degree. At Einstein, Leah studied medical Spanish, spent a summer working in a clinic in Peru, and was on the board of the student-run free clinic. Since starting residency at BIDMC, she has continued to develop her interest in medical education and has been accepted to the Clinician Educator Track. After a personal experience with a family member in hospice and seeing the meaningful impact that palliative care has on our patients, she has become increasingly interested in end of life care. As a KSG Fellow, she plans to work on a project focused on end of life care in end-stage renal patients on dialysis. 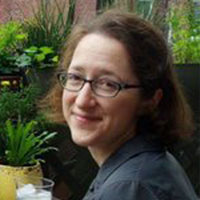 Natasha is a graduate of the University of Massachusetts Amherst, where she earned a B.A. in Comparative Literature and Russian. She earned a Masters in Journalism at the Ernie Pyle School of Journalism at Indiana University in 2001. Prior to becoming a physician, Natasha worked as a journalist documenting the stories and lessons of peoples' lives from Russia to Bosnia to Harvard. She was eventually drawn to the world of medicine for it provided a similar role of listener, teacher, and the additional role as a caregiver. She matriculated at the Warren Alpert School of Medicine at Brown University in 2008. Excited by the opportunity to serve as a KSG fellow, Natasha has been working on a project exploring end-of-life issues, and how physicians approach death in an inpatient setting. Additionally, as a fellow she has reconnected with her former career in journalism and has been writing about her experiences in residency. 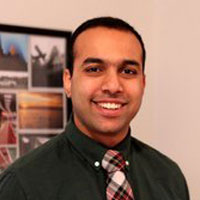 Haider is a graduate of Aga Khan University in Pakistan where he received a MBBS. He completed a year of research in Pakistan, prior to coming to BIDMC, serving as a research fellow in Anesthesia. During this time, he published his first novel, Auras of the Jinn - A Pakistani Story. Completing his training at the Internal Medicine Residency Program at BIDMC, Haider is currently a Hospitalist at BIDMC and will begin a fellowship in Cardiology at Duke University this coming fall. While serving as a KSG fellow for two academic years, Haider completed a study exploring prognosis of congestive heart failure and lung cancer in relation to doctors' willingness to discuss palliative care with patients.