About the Botswana Global Health Program 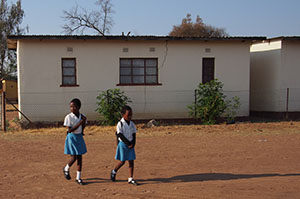 Botswana is a politically stable democracy in southern Africa. The country has received widespread recognition for its progressive response to the HIV epidemic. Botswana was the first African nation to introduce a national antiretroviral (ARV) program and provide free and accessible ARV care to all its citizens. The country's first medical school opened in 2009, and national residents, interns, and medical students do rotations at both Princess Marina Hospital and Scottish Livingstone Hospital.

Scottish Livingstone Hospital (SLH), located in Molepolole, a large town 60 km from the capital city of Gaborone, is a 350-bed hospital offering inpatient and outpatient medicine, pediatrics, surgery, obstetrics/gynecology, critical care, and emergency medicine services. It is staffed mostly by registered nurses and non-specialized generalist physicians, and serves as the secondary referral center for a population of about 250,000 in the surrounding Kweneng East district. The OB/GYN rotation is based at Princess Marina Hospital, a much larger hospital that serves as the primary referral hospital for much of Botswana. 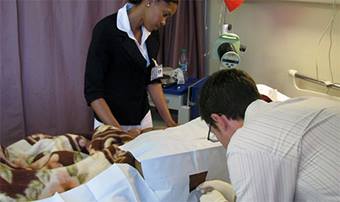 The Botswana Harvard AIDS Institute Partnership (BHP) was founded in 1996 in response to the extraordinarily high rates of HIV affecting the nation. As a research and training collaborative between the Harvard AIDS Initiative and the Government of Botswana, BHP has since focused on both epidemiological and lab-based research and made seminal contributions to the international fight against HIV/AIDS. Several members of BIDMC's Infectious Disease department, including Dr. Roger Shapiro, carried out clinical and research work at Scottish Livingstone Hospital and laid the foundations for today's Botswana Global Health Program.

In 2008, a pilot program was launched to test the feasibility of bringing Harvard residents to SLH. In 2011 the Botswana Global Health Program was established with a full-time, in-country BIDMC internal medicine attending to precept residents and SLH staff, lead curricular development, and contribute to Quality Improvement efforts in the hospital. In 2013 the program opened its doors to include residents from across the U.S. Residents from a myriad of U.S. residency programs have participated in the rotation. In 2014, BIDMC signed an agreement of partnership with the Internal Medicine residency program at Oregon Health & Science University. In 2016 the BIDMC Department of Obstetrics and Gynecology appointed a full-time faculty, and the department of Anesthesia and Critical Care did likewise in 2017.

Under the auspices of BHP and enabled by the consummate efforts of faculty, residents, supporting staff, and healthcare leadership in both Botswana and the United States, the Botswana Global Health Program serves as a model of international collaboration focused on strengthening healthcare capacity and promoting health equity through service.