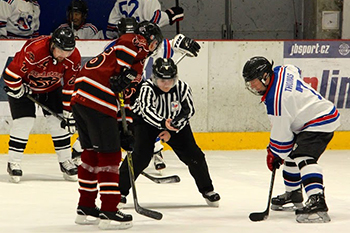 For Simon Thomas, 62, of Plymouth, Mass., benign prostatic hypertrophy (BPH) and a failed urine flow test at his urologist's office left him living with a catheter for several painful weeks.

"I actually got an infection from the catheter and had to spend eight days in the hospital — only to have another catheter placed after that," he recalled. "There's definitely a psychological impact that comes into play when something like that happens."

An ice hockey enthusiast, Thomas was sidelined from his passion with BPH symptoms. He began researching his options, such as transurethral resection of the prostate (TURP). It's the current standard of care for BPH surgery but the possible side effects include bleeding, pain, bladder control issues, and sexual dysfunction. It also requires hospitalization and the use of a catheter post-surgery.

After deciding that TURP wasn't the right fit for him, Thomas learned about BIDMC's interventional radiologists in Boston and prostate artery embolization (PAE) — a minimally invasive procedure that effectively treats BPH without open surgery.

"For a case like Mr. Thomas', the only option at the majority of hospitals in the world is a TURP," said Sahil Mehta, MD, who is one of the nation's leading experts in PAE. "Prostate artery embolization is emerging as a fantastic alternative that works wonders for patients who are suffering from BPH. It's rewarding to offer such an innovative, effective technique that helps people such as Mr. Thomas reclaim their daily life."

Through a pin-size hole in the wrist or groin, an interventional radiologist inserts a small catheter into the artery supplying the prostate to reduce blood flow, allowing the gland to shrink. PAE does not require general anesthesia and patients can go home the same day.

"When I first met with Dr. Mehta for a consultation, he explained everything very clearly and thoroughly," Thomas said, adding that he appreciated the Interventional Radiology team's professionalism and expertise in the procedure.

And that expertise makes all the difference. Within a few weeks after PAE, the prostate size can shrink by 30 percent or more, easing urinary symptoms, sparing erectile function, and significantly increasing one's quality of life.

'Saved from a Very Different Reality'

A few days after his outpatient procedure on November 30, 2019, Thomas began to experience significant improvements. His catheter was removed on December 13 and he happily returned to his local ice rink just one week later. He has since flown from Boston to Hawaii without rushing to the in-flight restroom and is able to enjoy a night on the town with his son without disruption.

"Thanks to Dr. Mehta and the IR practice, I was saved from a very different reality," Thomas shared. "I highly encourage anyone who's living with an enlarged prostate to make an appointment with his team — it was a game-changer for me."

BIDMC's Interventional Radiology team has performed among the most PAEs in the country and is currently seeing new patients. To schedule a consultation, call 617-754-2523 or email ir@bidmc.harvard.edu.

BIDMC is part of Beth Israel Lahey Health, a new health care system that brings together academic medical centers and teaching hospitals, community and specialty hospitals, more than 4,000 physicians and 35,000 employees in a shared mission to expand access to great care and advance the science and practice of medicine through groundbreaking research and education.