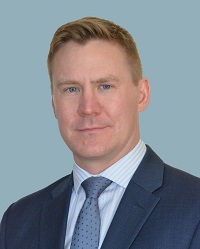 Michael D. Fox, MD, PhD, Director of the Laboratory for Brain Network Imaging and Modulation at Beth Israel Deaconess Medical Center (BIDMC), Co-Director of the BIDMC Deep Brain Stimulation Program and Associate Director of the Berenson-Allen Center for Noninvasive Brain Stimulation, has been awarded the 2019 Derek Denny-Brown Young Neurological Scholar Award in Basic Science by the American Neurological Association (ANA). Awarded each year to ANA members who have achieved significant stature in neurological research, who show promise and who will continue making major contributions to the field of neurology, the Derek Denny-Brown Young award is given in recognition of Fox’s work mapping and treating neuropsychiatric symptoms using a technique he pioneered known as lesion network mapping.

Lesion network mapping leverages brain connectivity information housed in a publicly-available database called the Human Connectome to discover the brain regions connected to brain lesions – areas of the brain that appear abnormal in brain imaging tests. Fox and colleagues have successfully used the method to reveal which parts of the brain are responsible for hallucinations, delusions, involuntary movements, coma, criminal behavior, and – in perhaps its most philosophical application to date – free will.