Study: Some Biologic Treatments for Psoriasis May Be Safer for Patients 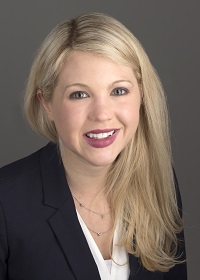 CHICAGO –  A common chronic skin condition affecting 125 million people worldwide, psoriasis is an autoimmune disease, a class of disorders in which the immune system attacks the body’s own healthy cells. In recent years, new medications — known as biologics — that inhibit the overactive immune system by targeting specific inflammatory pathways, have revolutionized the treatment of psoriasis and other autoimmune diseases. However, until now, few studies have documented the comparative safety of these various biologics.

In the largest study of its kind, clinician-researchers compared the risk of serious infection — a side-effect of concern given the immune altering effects of these treatments — across seven systemic medications used for the treatment of psoriasis. Lead author Erica D. Dommasch, MD, MPH, a dermatologist in the Department of Dermatology at BIDMC, and colleagues found a decreased risk of infection in patients with psoriasis using some of the newer, more targeted medications compared to those taking methotrexate, a drug widely used since the 1960s as a first line treatment for moderate-to-severe psoriasis. The findings were presented today at the Society for Investigative Dermatology meeting in Chicago and published concurrently in JAMA Dermatology.

“In addition to being potentially more effective than methotrexate, some of the newer targeted treatments for psoriasis may also be safer for patients in terms of risk of infection,” said Dommasch, who is also Instructor of Dermatology, Harvard Medical School. “Doctors and patients may want to consider the risks of infection when choosing a systemic treatment for patients with moderate to severe psoriasis.”

In psoriasis, skin cells proliferate too quickly — about ten times faster than normal — and the excess cells build up into scaly thick patches of itchy dry skin, especially on the scalp, elbows and knees.  Methotrexate – an anti-inflammatory that blocks cells’ ability to grow – has been an effective treatment option for psoriasis patients with more severe disease. But because methotrexate acts on all cells of the body, its use has the potential to result in unwanted side effects, including serious infection.

Certain immune system proteins, called cytokines, are important in causing psoriasis. Newer treatments, such as the biologics, work by inhibiting different types of cytokines.  Some of the earliest biologics, including adalimumab, etanercept, and infliximab, work by inhibiting tumor necrosis (TNF)-alpha, a protein broadly involved in inflammation.  Newer biologics are more targeted to the inflammatory pathways involved in psoriasis, including ustekinumab, which works by blocking two proteins -- interleukin-17 and -23. These newer agents have been shown to be more effective in treating psoriasis and could also be safer given their more specific action on the immune system.  Apremilast, a newer non-biologic systemic treatment for psoriasis, does not directly inhibit inflammatory cytokines and is thought to have no increased risk of infection; however, it is generally less effective in treating psoriasis.

To conduct this large, retroactive observational comparative cohort study, Dommasch and colleagues used two large insurance claims databases that included more than 250 million people in the U.S. The dermatologists tracked the incidence of serious infection requiring hospitalization in approximately 107,000 patients with psoriasis who had a prescription claim for one of seven systemic medications FDA-approved for the treatment of moderate-to-severe psoriasis including older systemic medications (acitretin and methotrexate), biologics (adalimumab, etanercept, infliximab, and ustekinumab) and a small-molecule inhibitor (apremilast).

The researchers found that the most common types of serious infection were cellulitis, pneumonia, and bacteremia/sepsis among patients taking any systemic medications. The team found a significantly decreased risk of serious infection with apremilast, etanercept and ustekinumab compared to methotrexate.  They did not find a different rate of overall infection among users of acitretin, adalimumab and infliximab compared to methotrexate. The finding that ustekinumab had a decreased risk of serious infection is suggestive that biologics more specifically targeted to inflammatory pathways in psoriasis may be both more effective and safer when it comes to risk of infection.

“This information should be considered when prescribing therapies for individual patients,” said Dommasch. “This study demonstrates how researchers can use ‘big data’ to help compare the safety of different medications for patients with psoriasis.”

Conflict of interest disclosure: Dr. Gagne was a consultant to Aetion, Inc. and Optum, Inc, and has received grants from Eli Lilly and Company and Novartis Pharmaceuticals Corporation. Dr. Kim has received research grants to Brigham and Women’s Hospital from Pfizer, Roche, AbbVie, and Bristol-Myers Squibb for unrelated studies. The remaining authors declare no relevant disclosures.