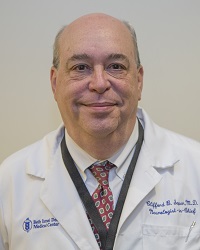 Clifford B. Saper, MD, PhD, Chair of the Department of Neurology at Beth Israel Deaconess Medical Center (BIDMC), has received the 2019 Sleep Science Award from the American Academy of Neurology (AAN) in recognition of his outstanding achievements in sleep science research.

Saper’s research focuses on identifying the neuronal circuitry that regulates wake-sleep cycles, body temperature, and feeding – three functions that interact extensively and are all driven by circadian influences. His team has discovered many of the key cell groups involved in wake-sleep regulation and has worked out many of the pathways controlling the transitions between sleep states, such as non-REM and REM sleep.

Saper, who is also the James Jackson Putnam Professor of Neurology and Neuroscience at Harvard Medical School, has modeled the network by which the brain’s biological clock controls a wide range of physiological functions, including wake-sleep cycles, body temperature, feeding, locomotor activity, and hormone secretion. Saper and colleagues are currently testing the relationship between corticosteroid secretion and aggressive behavior in a mouse model, work that has implications for patients with Alzheimer’s disease.

Studying tissue from humans with Parkinson's disease, Alzheimer's disease, Tourette’s syndrome, schizophrenia, Prader-Willi syndrome, and other conditions, Saper and colleagues are also working to determine how the analogous circuitry in human brains may be disrupted by neurological and psychiatric disorders. The team has recently reported that the age-related loss of neurons in a certain regions of the brain correlates with the amount of sleep that the individual achieves. They are also investigating how Alzheimer’s pathology may affect both the circadian and sleep systems. 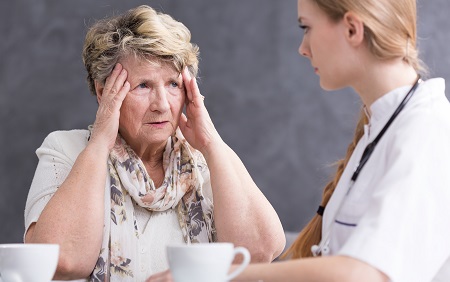