Out Like a Light: Researchers ID Brain's 'Sleep Switch' 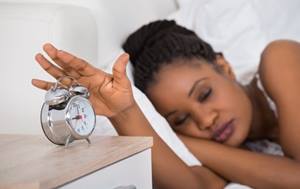 Two decades ago, Clifford B. Saper, MD/PhD, Chairman of the Department of Neurology at Beth Israel Deaconess Medical Center (BIDMC), and colleagues discovered a set of nerve cells they thought might be the switch that turns the brain off, allowing it to sleep. In a new study published in Nature Communications today, Saper and colleagues demonstrate in mice that that these cells – located in a region of the hypothalamus called the ventrolateral preoptic nucleus (VLPO) – are in fact essential to normal sleep.

“Our paper is the first test of what happens when you activate the VLPO neurons,” said Saper, who is also James Jackson Putnam Professor of Neurology and Neuroscience at Harvard Medical School. “The findings support our original observation that the VLPO cells are essential to normal sleep.”

Working with genetically engineered mice, Saper’s team artificially activated the VLPO neurons using several different tools. In one set of experiments, the scientists activated the neuron cells using a laser light beam to make them fire, a process called optogentics. In another test, the team used a chemical to selectively activate the VLPO neurons. In both cases, activating these cells profoundly drove sleep.

The results confirmed Saper and colleagues’ earlier findings that these neurons are active during sleep and that damage to them causes insomnia – as seen in Saper’s subsequent work with laboratory animals and, in 2014, in older people who have lost cells of the VLPO as part of the natural aging process.

Based on that previous body of work, it came as a surprise when another team of researchers reported just the opposite. In a 2017 publication, experiments stimulating the VLPO neurons woke laboratory animals up. In their current paper, Saper’s team cleared up the seeming contradiction.

“We found that when the VLPO cells are stimulated one to four times per second, they fire each time they are stimulated, resulting in sleep,” Saper said. “But if you stimulate them faster than that, they begin to fail to fire and eventually stop firing altogether. We learned our colleagues in the other lab were stimulating the cells 10 times per second, which was actually shutting them off.”

“We thought that this is why people need to curl up under a warm blanket to get to sleep,” Saper added.