Barbara B. Kahn, MD, Elected to the American Academy of Arts and Sciences 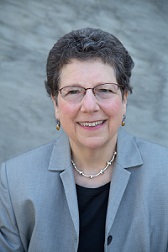 BOSTON – Barbara B. Kahn, MD, Vice Chair for Research Strategy in the Department of Medicine at Beth Israel Deaconess Medical Center (BIDMC), has been elected a member of the American Academy of Arts and Sciences. Kahn joins other distinguished leaders recognized by the Academy for their significant achievements in academia, business, government and public affairs.

“We are pleased to recognize the excellence of our new members, celebrate their compelling accomplishments, and invite them to join the Academy and contribute to its work,” said David W. Oxtoby, the president of the American Academy of Arts and Sciences. “With the election of these members, the Academy upholds the ideals of research and scholarship, creativity and imagination, intellectual exchange and civil discourse, and the relentless pursuit of knowledge in all its forms.”

The Academy was founded in 1780 by John Adams, James Bowdoin, and others who believed the new republic should honor exceptionally accomplished individuals and engage them in advancing the public good.

Kahn has made seminal contributions in metabolic research, including leading her laboratory in uncovering the mechanisms underlying insulin resistance and novel links between obesity and Type 2 diabetes. Kahn joined the Division of Endocrinology, Diabetes and Metabolism at BIDMC in 1986 and served as Chief of the Diabetes Unit from 1990 to 2000 and Division Chief from 2000 to 2011 before being appointed to her current role. As Division Chief, she had a major impact on expanding the clinical and research missions of the Endocrine Division.

“Dr. Kahn is a distinguished physician-scientist who has been at the leading edge of research on the molecular and cellular mechanisms underlying Type 2 diabetes and the link between obesity and diabetes,” said Mark Zeidel, MD, Chair of the Department of Medicine at BIDMC. “Her election into the American Academy of Arts and Sciences is a testament to her visionary leadership both in the clinic and in the laboratory.”

Also the George R. Minot Professor of Medicine at Harvard Medical School, Kahn commits much of her time to education and mentorship. Through her leadership positions at BIDMC and Harvard, she has trained numerous outstanding physicians and scientists who have gone on to successful careers in scientific research and medicine around the world.

“I am honored to be elected to the American Academy of Arts and Sciences and grateful to my many trainees and collaborators with whom I would like to share this recognition. I am also honored to join leaders from a broad range of disciplines to share knowledge and exchange ideas to advance the public good,” said Kahn.