Us vs. Them: Understanding the Neurobiology of Stereotypes 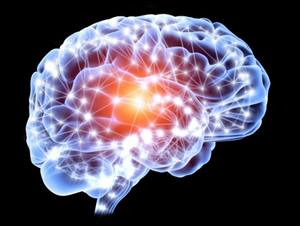 Recent studies into how human beings think about members of other social groups reveal that biases sometimes operate beyond our conscious control. Called implicit bias, the tendency to be suspicious of people we perceive as strangers or “not like us” probably evolved early in our ancestry, when small groups of humans competed against each other for precious resources like food and water. Today, our brains’ inherent tendency to stereotype can result in discrimination, injustice and conflict.

In a review published in the journal Trends in Cognitive Science, Alvaro Pascual-Leone, MD, PhD, and colleagues describe how non-invasive brain stimulation – a technique he and others have pioneered to unlock the secrets of the brain – could shed light on the neurobiology underlying implicit bias. What’s more, Pascual-Leone and his co-authors, suggest the technique may also be used to evaluate potential behavioral interventions intended to reduce stereotyping and discriminatory practices.

In non-invasive brain stimulation, an electric current applied to the outside of the skull influences brain cell activity. Neuroscientists apply the current to research participants as they perform mental tasks – filling out a crossword puzzle, for example – to determine whether a given brain region is involved in that task.

“Unlike traditional brain imaging techniques, non-invasive brain stimulation can directly impact brain activity and provide powerful evidence that specific brain regions are linked to specific social behaviors – in this case, we applied it to attitudes and stereotypes towards groups that vary in social characteristics, such as race and ethnicity,” said Pascual-Leone, Chief for the Division of Cognitive Neurology and the Director of the Berenson-Allen Center for Noninvasive Brain Stimulation at BIDMC. “Modulating the brain activity in these regions can yield insights relevant to our modern, more diverse societies – in which our primitive group allegiances can be in conflict even with one’s own standards of equal opportunity, fairness and justice.”

In their review, Pascual-Leone and colleagues consider publications by investigators who administered the well-validated implicit bias test, in which participants quickly sort words related to social characteristics (“obese” or “thin,” for example) with words that convey a value judgment (such as “lazy” or “good”) while undergoing non-invasive brain stimulation. One such study demonstrated that stimulation to the brain’s anterior temporal lobe reduced participants’ stereotypical association between “Arab” and “terrorist.” Another experiment reduced the implicit cognitive associations between “male” and “science” and “female” and “humanities.”

“Social beliefs reflect associations that strongly ingrained in our brains, and changing them will likely entail the reconfiguration of their underlying biological processes,” said the paper’s lead author, Maddalena Marini, formerly a post doctorate fellow in the Department of Psychology at Harvard University, who approached Pascuale-Leone with the multidisciplinary research proposal. “No behavioral interventions designed to shift social beliefs so far – such as empathy training – have produced robust and long-lasting effects. Non-invasive brain stimulation techniques can provide insights that may help meet the urgent need in our society to better understand our intergroup social behavior.”