Free Thinking: Researchers Identify Origins of Free Will in the Brain 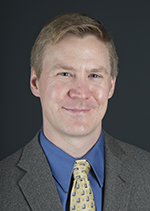 Long the domain of philosophy and religion, free will has also been defined by scientists as a combination of two cognitive processes – the desire to act (or volition) and the sense of responsibility for our actions (or agency.) Together, these processes create the perception of free will, and damage to volition or agency can leave patients without the desire to move or speak or the sensation that their movements are not their own, respectively.

Neuroscientists led by Michael Fox, MD, PhD, of Beth Israel Deaconess Medical Center (BIDMC) used brain lesion network mapping – a technique pioneered by Fox at BIDMC – to find the anatomical origins of the perception of free will. Their findings were published today in the Proceedings of the National Academy of Sciences.

“Lesion network mapping is a recently validated technique that allows scientists to map symptoms caused by brain injury to specific brain networks,” said Fox, Director of the Laboratory for Brain Network Imaging and Modulation at BIDMC and an Associate Professor of Neurology at Harvard Medical School. “In this study, we used this network localization approach to determine the neuroanatomical basis for disordered free will perception.”

Fox and colleagues, including lead author, R. Ryan Darby, MD, PhD, formerly a fellow in Fox’s lab at BIDMC and now of Vanderbilt University Medical Center, identified 28 cases in the medical literature in which brain injury disrupted volition, leaving patients with akinetic mutism – a lack of motivation to move or speak. They also identified 50 cases in which brain injury disrupted agency and caused patients to feel their movements were not their own, a syndrome known as alien limb syndrome.

Network mapping revealed that, while the brain injuries were quite diverse in their locations, the lesions fell within one of two distinct brain networks. All of the injuries disrupting volition were functionally connected to the anterior cingulate cortex, a region of the brain associated with motivation and planning. Ninety percent of lesions causing alien limb fell within a brain network functionally connected to the precuneus cortex, part of the brain associated with agency.

“Our study was focused on patients with disorders of free will for movements; however, free will is commonly discussed as it relates to social, legal and moral responsibility for decisions, not just movement,” said Fox. “It remains unknown whether the network of brain regions we identify as related to free will for movements is the same as those important for moral decision-making.”

In addition to Fox and Darby, the research team also included Juho Joutsa and Matthew Burke of BIDMC.