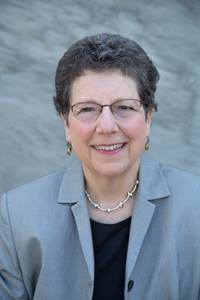 Barbara B. Kahn, MD, will receive the 2019 FASEB Excellence in Science Award. Kahn is Vice Chair for Research Strategy in the Department of Medicine at Beth Israel Deaconess Medical Center (BIDMC) and the George R. Minot Professor of Medicine at Harvard Medical School. One of few physician-scientists to receive this award, Kahn leads a highly successful research laboratory that has made seminal contributions to understanding the pathogenesis of obesity and type 2 diabetes.

Awarded by The Federation of American Societies for Experimental Biology (FASEB) – the nation’s largest coalition of biological and biomedical researchers, representing 30 scientific societies and over 130,000 researchers world-wide – the Excellence in Science Award recognizes women whose outstanding career achievements in biological science have contributed significantly to the understanding of a particular discipline through scientific achievements, training of students and postdoctoral fellows, and contributions to the broader scientific community. Award recipients receive an unrestricted research grant of $10,000.

Kahn has been at the leading edge of research on the molecular and cellular mechanisms underlying type 2 diabetes and the link between obesity and diabetes. She made some of the earliest observations of the dysregulation of glucose transporter gene expression and cellular function in altered nutritional and metabolic states such as obesity and diabetes. The work of her lab has revealed paradigm-shifting insights into how different metabolically important tissues communicate and coordinate responses to metabolic challenges.

A dedicated mentor throughout her career, she’s mentored nearly 100 postdocs and students. In her leadership positions at Harvard and Beth Israel Deaconess including as Chief of the Division of Endocrinology, Diabetes and Metabolism, she has supported and developed junior faculty. In her role planning scientific sessions for Endocrine Society and American Diabetes Association – and as chair of national and international conferences for FASEB and other scientific organizations – she seeks to promote diversity and give junior faculty opportunities in high-visibility positions.

“FASEB is thrilled to honor Dr. Kahn and her myriad research contributions in the field of type 2 diabetes, one of our nation’s most serious health problems,” said FASEB President Thomas O. Baldwin, PhD. “An accomplished physician-scientist, Dr. Kahn has made outstanding contributions to the translation of research from the lab to patients’ bedsides.”