Hospitals May Take Too Much of the Blame for Unplanned Readmissions 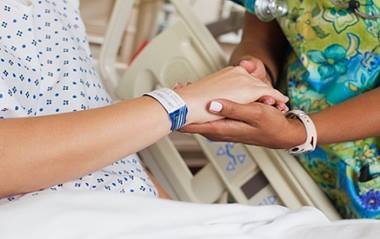 A major goal of hospitals is to prevent unplanned readmissions of patients after they are discharged. A new study reveals that the preventability of readmissions changes over time: readmissions within the first week after discharge are often preventable by the hospital, whereas readmissions later are often related to patients’ difficultly accessing outpatient clinics.

“Patients discharged from a hospital are usually recovering from a serious medical condition as well as managing other chronic medical conditions, and they often encounter new logistical challenges adapting to this recovery period,” said Kelly Graham, MD, MPH, Director of Ambulatory Residency Training at BIDMC and an Instructor in Medicine at Harvard Medical School. “Hospitals and outpatient clinics must work together more seamlessly to ensure that patients are equipped to manage these challenges at home.”

Premature discharge and problems with physician decision-making related to diagnosis and management during the initial hospitalization were likely causes of readmissions in the early period. More likely to be amenable to interventions outside the hospital, later readmissions were most often caused by factors over which the hospital has less direct control, such as monitoring and managing of symptoms after discharge by primary care clinicians, as well as end-of-life issues.

Taken together, the findings suggest that readmissions in the week after discharge are more preventable and more likely to be caused by factors over which the hospital has direct control than those later in the 30-day window. In the current US system, however, unplanned readmissions within the 30 days after hospital discharge are considered uniformly preventable by hospitals, and thus hospitals are punished with financial penalties for these events.

“Our findings suggest that the 30 days following hospital discharge are not the same with regard to what influences outcomes for sick patients, and that the current model over-simplifies this high-risk time,” said Graham. “One potential unintended consequence of this is that outpatient environments have not been involved in efforts to manage this high-risk timeframe, which results in poorly coordinated care and worse outcomes for our patients.”

Graham noted that interventions to improve outcomes after hospital discharge should engage the ambulatory care system, with attention to improving access to primary care. “We should also be careful not to put too much focus on reducing length of stay in the hospital, which may be a driver of premature discharge and early readmissions,” she said.