Pancreatic cancer is a tough one 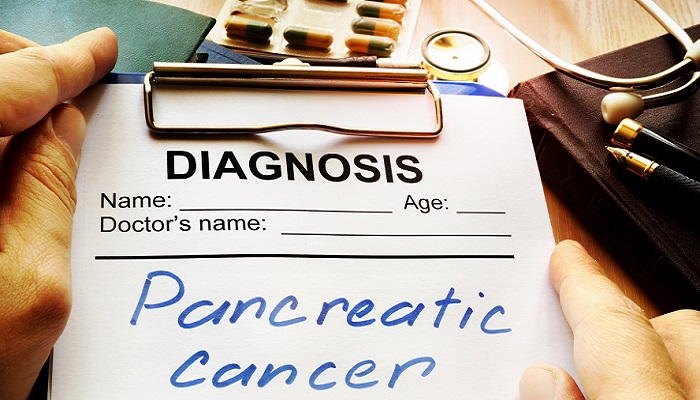 Of course any cancer diagnosis is serious, but some are scarier than others. Pancreatic cancer will be diagnosed in almost 57,000 Americans this year and is the only cancer with a rising mortality rate through 2014. The good news is that new chemotherapy treatments have helped the five-year survival rate improve from 8 to 9 percent in 2016. The not so good news is that none of us would consider a 9 percent survival rate to be very encouraging.

One problem is that there is no screening for pancreatic cancer. There are no tests like mammograms for breast cancer or colonoscopies for colon and rectal cancers or lung CT scans (for people at high risk for lung cancer). Generally speaking, people who are diagnosed with early stage pancreatic cancer are those whose cancer is found incidentally. That is, a scan or other test was ordered for other reasons, and a small cancer was spotted. As recently as last month, the United States Preventive Services Task Force acknowledged that evidence is still lacking for an early detection method for the general population. Close surveillance, along the lines of scheduled CT scans or MRIs, for people who are at high risk can be offered, but even that is not always so helpful. The criteria for being considered at high risk for pancreatic cancer are specific and include a very strong family history or having experienced one of the known rare precursors for the disease.

When Alex Trebek, the longtime host of Jeopardy!, was diagnosed with Stage IV pancreatic cancer a few months ago, the disease hit the news. Mr. Trebek, who undoubtedly is receiving the best possible care, has presented a very optimistic face to the world and even announced that his doctors had declared him to be in a near remission. As far as I know, that is not a term that is used in oncology, and the fact that the media reported it widely and with great delight is probably a disservice to others. He apparently had a good first response to chemotherapy, and that's great, but that is what could be more fairly said. Indeed, on September 18, he announced, "This summer, because I was making such good progress, we thought I was finished with chemo. That was a bit premature and certainly overoptimistic. I began immunotherapy, but that didn't go well. My numbers went south — dramatically and quickly. …One of the things I have learned in the past six months is that the course of pancreatic cancer treatment is not a straightforward affair. There are always curves and unexpected events."

This is a good example of the dangers of taking cancer advice from celebrities. It is unfortunate that others who had been comparing their own medical situations to his may have been hyped into more optimism than was reasonable and then discouraged by his recent turn of events. As we all know, every cancer is different, and every person is different, and it is never helpful to do much comparing and contrasting.

I am currently working with two women who have been diagnosed with pancreatic cancer. One is almost two years past her diagnosis and doing very well. The other is nearing the end of chemotherapy, and is looking forward to moving forward after treatment. They are both appropriately concerned about their future health, but are hopeful and optimistic and confident in the care they have received.

The Pancreas and Liver Institute at BIDMC includes specialists from a number of disciplines who excel in the diagnosis and treatment of pancreatic and liver cancers. No better care could be found anywhere.