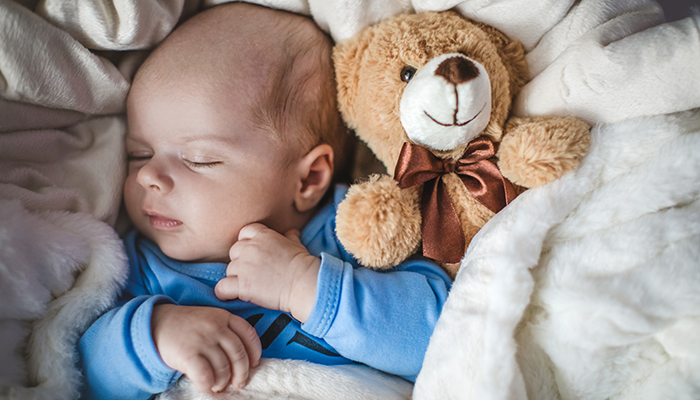 The last trimester of pregnancy is often marked with excitement and anticipation as that special due date nears and parents look forward to meeting that belly bump in person! Final weeks of pregnancy are often spent organizing and preparing both the physical space for baby, but also the emotional transition for parents about to embark on parenthood. What happens then, when baby arrives sooner than expected?

For many parents it can be a very dramatic shift from what they had expected. It may mean a sudden and scary adjustment to the NICU (neonatal intensive care unit) environment. Others may avoid a NICU stay, but are still going home with a baby who is likely to be small and born many weeks earlier than their due date, and this typically means an extended newborn period.

The term, "the 4th trimester" is often used to describe weeks 0-12 of life when baby is adjusting to life outside the womb. For parents, one big challenge is the adjustments to sleep, or lack thereof. Newborns typically don't sleep through the night (defined by 5 hours of uninterrupted stretches) consistently during this period. Early on (weeks 0-8) newborns often have their days and nights mixed up with longer stretches of sleep happening during the day and more frequent night awakenings. Some parents make the mistake of trying to keep baby awake during the day so as to get longer stretches at night, and while this would appear a logical approach, often backfires into a very cranky, overtired, refusing to sleep baby. Instead, parents are coached to keep daytime noise and light as normal and at night when baby wakes, to keep the room dark using only a nightlight and interactions at a minimal.

Towards the end of the 4th trimester, though for often, closer to the mid to end of 4 months, many full term newborns start to inch closer to that magical goal of 5 hours of uninterrupted sleep. It's not necessarily consistent, but it starts to happen, and provides parents a much needed break as well as hope in the possibility of sleep. It's at the 4 month mark when parents are first given the green light to begin thinking about or trying a sleep training method. Parents with babies born early, however, often experience additional weeks of prolonged sleep disruption — and it's hard. Twelve weeks of newborn sleep is tough, and an extension of that time frame is that much tougher. It's hard to know what to expect for sleep and often frustrating to see babies born around the same date doing things earlier.

There can also be challenges to breastfeeding. Little babies have little bellies and that often translates into marathon breastfeeding sessions. Often babies born earlier than expected need additional support in learning to latch and the expertise of a lactation consultant is a necessity. Breastfeeding is a skill for both parent and baby and can take longer to master when baby is born early.

The message to parents whose baby arrived earlier than expected is to go gently. Be patient with yourself. Know that this newborn period may be extended and shift your expectations for yourself and your little one.

The developmental milestones outlined in books and articles may need to be "corrected" for your baby's due date in contrast to their actual birth date. Many of us find gaining knowledge a helpful way to cope. In this case, however, while you may be able to get an overall picture, you're not likely to get a clear path to know what to expect and when. Talk with your pediatrician. That's the person who will get to know you and your baby and thus will be the best source of what to expect. But also acknowledge that this is not what you expected, and you will need more patience with yourself, your baby, and your partner as you navigate this longer 4th trimester.