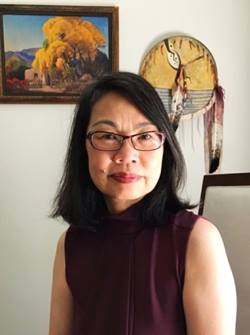 The mammalian adaptive immune system primary function is to defend the host against infectious agents and growth of malignant cells. Once the infection is resolved, checkpoint inhibitory mechanisms within the system must be invoked to curtail the defensive response. However, when these checkpoints fail, the immune system that has evolved to protect its host will start attacking from within causing systematic organ destruction manifesting as autoimmune disorders. It is these same inhibitory pathways that malignant cells usurp to evade host immune control, allowing them to grow and metastasize unchecked.

Our interest is to study genetic and epigenetic processes controlling effector functions of lymphoid cells in the adaptive immune system.

MicroRNAs are small RNA species involved in biological control at multiple levels. Using genetic deletion and transgenic approaches, we show that the evolutionarily conserved microRNA-155 (miR-155) has an important role in the mammalian immune system, specifically in regulating T helper function and the germinal center reaction to produce an optimal T-cell-dependent antibody response. Dysregulation of miR-155 expression can have an impact on immune disorders and control of tumor growth. Ablation of miR-155 reduces autoantibody responses and alleviates lupus-like disease in the Fas (lpr) mouse. Deletion of miR-155 inhibits growth of low-grade non-Hodgkin B-cell lymphoma cells in vitro. Systemic targeting of miR-155 inhibits Waldenström macroglobulinemia (WM) in vivo. Ongoing effort in the lab focuses on the regulation of miR-155 expression.

Our effort to understand how miR-155 affects the immune response leads to the identification of the heterochromatin protein 1g(HP1g, encoded by Cbx3) as a potential target. The HP1 family includes histone code readers that associate with modified histones, and are involved in epigenetic regulations. HP1 proteins are conserved from the yeast Saccharomyces pombe to mammals. Among them, Cbx3/HP1g associates with both heterochromatin and euchromatin, suggesting that it participates in transcriptional repression and activation, respectively. Cbx3/HP1g interacts with methyl groups of histone H3 at lysine 9 (H3K9Me) through its chromodomain (CD), with methyl transferases and other proteins through its chromoshadow domain (CSD). Cbx3/HP1g may also control gene expression through two intimately related processes: transcriptional elongation and co-transcriptional splicing of nascent RNA transcripts. We show that Cbx3/HP1g regulates adaptive immunity in a CD8+ T-cell-intrinsic manner. Cbx3/HP1g-deficient CD8+ T cells are armed with an enhanced effector/killing capacity and anti-tumor fitness to control ovarian, melanoma and neuroblastoma tumor growth. We are exploring if this strategy can be leveraged to treat other refractory solid tumors or incorporated into chimeric antigen receptor (CAR) production to generate CAR T cells that can resist immunosuppressive forces and thrive in the TME.

Another project in the lab focuses on means to stabilize Foxp3 expression, the dedicated transcription factor specifying CD4+ regulatory T cells (Tregs) development. Our effort leads to the discovery that Cbx3/HP1g-deficient CD4+ Tregs are more stable and can reverse autoimmune manifestations in Scurfy mice compared to control Tregs. Ongoing work in the lab focuses on genes and pathways conferring stability on CD4+ Tregs that are regulated by Cbx3/HP1g.

Our research shows that the epigenome of CD8+ T cells and CD4+ Tregs can be reprogrammed to acquire therapeutically beneficial control of solid tumors and autoimmune disorders, respectively.