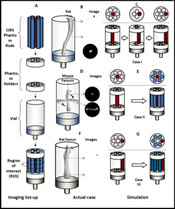 We have conducted an in-depth analysis of the use of calibration phantoms to measure equivalent bone mineral density in high resolution µCT imaging. Particularly, we investigated three calibration phantoms, one available commercially with the scanner, the other available commercially, and the third manufactured at the lab, and modeled the effects of varying imaging parameters on measurement of equivalent bone mineral density in hopes of offering the scientific community basic guidelines in the rapidly growing yet understudied use of µCT imaging to assess bone mineral density. 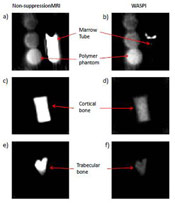 One and a half million Americans suffer from fragility fractures of the hip, spine or wrist subjecting them to pain, deformities and disability, and resulting in health care costs in excess of $10 billion annually. Based on the assumption that fragility fractures are caused by low bone mass, the World Health Organization (WHO) has defined individuals at risk for these fractures based on their areal bone mineral density relative to that of a normal young adult, as measured by dual energy X-ray absorptiometry (DXA). However, fracture predictions based on areal bone mineral density have been shown to be neither sensitive nor specific.