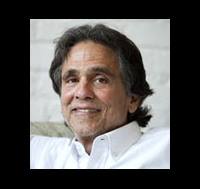 Ted Kaptchuk is a Professor of Medicine and Professor of Global Health and Social Medicine. His scientific and scholarly career has involved a multi-disciplinary investigation of placebo effects that integrates concepts, research designs and analytic methods drawn from the basic, clinical, and social sciences as well as the humanities. Work performed by Prof. Kaptchuk and his colleagues has greatly expanded knowledge of placebo effects. In terms of clinical studies, teams that he has led have demonstrated that 1) device placebos have larger placebo effects than placebo pills, i.e., placebos are not all the same (BMJ 2006), 2) placebo effects can be administered in a manner analogous to dose dependent, i.e., placebo effects can behave like pharmaceuticals (BMJ 2008), 3) placebos "work" even when honesty described as "inert," i.e., placebo effects can be decoupled from deception and concealment (PLoS One 2010, Pain 2016), 4) placebo effects can be activated by non-conscious mechanisms (PNAS 2012,), 5) elucidated the disjunction whereby placebos can be indistinguishable from powerful medications on subjective symptoms but still have no effect on pathophysiology (NEJM 2011) and 5) demonstrated that changing labels in acute episodic migraine attack can alter medication effects (Science Translational Medicine 2014). In terms of mechanism, he has led groundbreaking imaging studies of placebo (J Neuroscience 2006, 2008,Molecular Psychiatry 2013) and in the social sciences (e.g., Culture, Medicine & Psychiatry 2009, Psychosomatic Medicine 2009, Social Science & Med 2010, 2012, Philosophical Transactions of the Royal Society of Medicine Part B 2011) that have helped set new standards in multi-disciplinary placebo research. Prof. Kaptchuk's research was listed by the New Yorker as "The Most Notable Medical Findings of 2015."