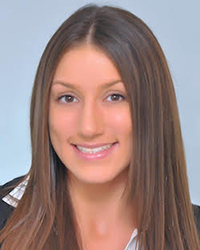 Donna's hometown is the Bronx, New York. Donna received her BA summa cum laude from Boston University, majoring in Biology and was a member of the College Scholars Society and elected to Phi Beta Kappa. After graduation, Donna pursued research in the area of HIV immunity at the Ragon Institute of MGH, MIT, and Harvard in the laboratory of Dr. Bruce Walker. Donna received her MD from Harvard Medical School, pursuing research interests in gastrointestinal surgery. Her surgical interests include surgical oncology with a focus in hepatobiliary surgery as well as transplant surgery. Donna enjoys reading, collecting vinyl records, and cooking. 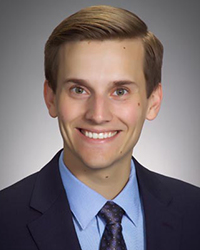 University of Nebraska College of Medicine

Jordan's hometown is Sioux Falls, South Dakota. He received his BA in music with high distinction at the University of Nebraska-Lincoln where he was elected to Phi Beta Kappa. He earned his MD with distinction from the University of Nebraska College of Medicine where he received the Paul E. Hodgson award for outstanding performance in surgery and was elected to AOA. During medical school, Jordan participated in the Enhanced Medical Education Track in HIV medicine, during which he studied a model of physician-pharmacist partnership for the provision of pre-exposure prophylaxis. Jordan's clinical interests are in endocrine surgery and breast surgery. He enjoys cooking, traveling, and playing the piano. 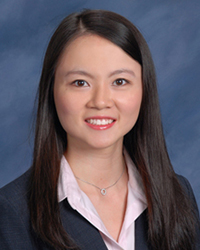 Jane's hometown is Ann Arbor, Michigan. Jane received her BS from the University of Michigan, majoring in Biochemistry. She received the Woodlock Alumnae Scholarship, Gomberg Chemistry Scholarship, and the Walton Scholarship, and served as Captain for the University of Michigan Dance Marathon and was a health screening coordinator for the Vietnamese American Association. Jane received her MD from the Wayne State School of Medicine and was a member of the Cass Clinic for uninsured and underinsured residents of Detroit, the Detroit Medical Orchestra, and served as President of the Asian Pacific American Medical Student Association. Her surgical interest includes surgical oncology. After two years of clinical training, Jane pursued a research fellowship in cancer biology at BIDMC. Jane enjoys hiking, traveling, and exploring various culture through food. 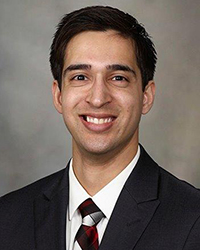 Omar's hometown is Atlanta, Georgia. He received his BS with honors from Johns Hopkins University, majoring in Molecular and Cellular Biology. In college, he was a Woodrow Wilson Research Fellow, received the William F. Clinger, Jr. International Research Award and was elected to Phi Beta Kappa. He also studied abroad at Oxford during his junior year, researching the economics of health and development. Omar received his MD from the Mayo Clinic School of Medicine. At Mayo, he won the Endowment for Education Research Award and was elected to the Sigma Xi Scientific Research Honor Society. Omar created and taught a video based surgical skills curriculum and was active in refugee resettlement work in Rochester, MN. His surgical interests include abdominal transplant surgery and liver perfusion research. Omar enjoys watching the Red Sox, running, tennis, and traveling. 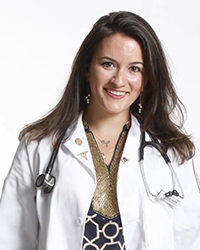 Jessica is a native of Massachusetts, attended Harvard, and majored in Human Evolutionary Biology, graduating with Honors. She was the first female conductor of the Hasty Pudding Theatricals in 161 years, produced Harvard's 375th Anniversary Celebration, and was the recipient of the Edward H. Potter Prize for fulfilling the enthusiasm and curiosity for eclectic learning. Upon graduating, she received the Harvard Center for Public Interest Careers Fellowship to serve at the Medicare Rights Center in New York City. While in NYC, she played the piano for the Broadway community, and became the pianist for Tony Award-winner Alice Ripley, with whom she plays concerts in NYC and across the country. She attended medical school at Columbia University College of Physicians and Surgeons, where she pursued research in breast and plastic surgery, was the national first-prize winner of the Linda Brodsky MD Essay Contest, the president of the monthly musical Coffeehouse, and recipient of the Seymour Kaplan Award for academic excellence and citizenship. As a resident at BIDMC, she continues to play the piano regularly, recently accompanying Alice Ripley for “Broadway in the Berkshires”. Jessica's surgical interests include breast surgery, surgical oncology, and surgical education. She enjoys spending time with her partner, family, and two dogs. 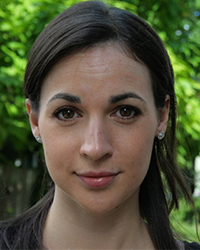 University of Vermont College of Medicine

Jacqueline grew up on a horse farm in New Hampshire and received her BS, cum laude, from Mount Holyoke College, majoring in Biochemistry. At Mount Holyoke, Jacqueline received the Seven Sisters Student Athlete Award for academic excellence and an HHMI Research Fellowship. Prior to medical school, Jacqueline pursued research in oncology, served as a program coordinator for the Women’s Lung Cancer Program, and led a weekly science course at a local elementary school. Jacqueline received her MD from the University of Vermont College of Medicine, where she continued to pursue her research interests in surgical oncology and breast cancer, received a Research Merit Award, and was elected AOA. Her surgical interests include vascular surgery and surgical oncology. Jacqueline enjoys squash, flag football, broomball, horseback riding, sailing and gardening. 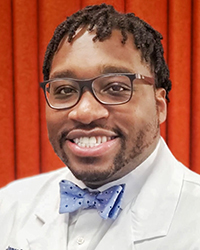 University of Connecticut School of Medicine

James' hometown is Hartford, Connecticut. He completed his undergraduate studies at Wesleyan University, graduating with a BA in Physics. As a National Football Foundation and College Hall of Fame Scholar Athlete Award recipient, he played varsity basketball and was captain of the varsity football team. He received his MD from the University of Connecticut School of Medicine, where he devoted his energy to community outreach and research. He was a pioneering member to the Urban Service Track/AHEC Scholars Program, which is dedicated to providing health care to underserved communities. James also worked as a research assistant at the Institute for Regenerative Engineering at UConn, where he engaged in a number of translational research projects. His surgical interest is thoracic surgery. In his free time, James enjoys basketball, hiking, cooking, and traveling. 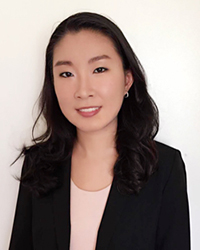 Jenny's hometown is Plainsboro, New Jersey. She is a graduate of the BA/MD program at Rutgers Robert Wood Johnson Medical School, majoring in Cell Biology and Neuroscience. She was the recipient of the Rutgers University Tepper Scholarship, Rutgers University Academic Excellence Award, Rutgers University School of Arts and Sciences Excellence Award, Rutgers University James Dickson Carr Fellowship, and was an Edward J. Bloustein Distinguished Scholar. She was elected to Phi Beta Kappa. In medical school, Jenny pursued research in the Susan Lehman Cullman Laboratory for Cancer Research, served on the Curriculum Committee, was on the board of the Healthy Living Task Force, and served as co-President of the Asian Pacific American Medical Student Association. After two years of clinical training, Jenny pursued a research fellowship at Boston Children's Hospital, studying angiogenesis and tissue regeneration, as well as intestinal failure associated liver disease. Her surgical interests include pediatric surgery and surgical oncology. Jenny enjoys cooking, baking, and reading. 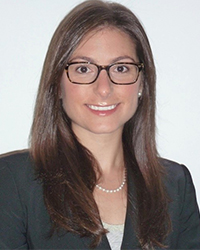 Christina is a native of Massachusetts and received her BA summa cum laude from the University of Pennsylvania, majoring in Biology and Philosophy with election to Phi Beta Kappa. Christina received her MD from the University of Pennsylvania. She served as Vice President of the Agnew Surgical Society, Outreach Chair of the Elizabeth Blackwell Society, and coordinator at the Penn University City Hospitality Coalition clinic, providing care to the homeless. She also taught anatomy. Christina was awarded an NIH grant to investigate biomarkers in vascular disease and later studied the clinical outcomes of patients sustaining vascular trauma. She received the William T. Fitts Memorial Prize and the John Pryor Award for Trauma Research, and she was inducted into the Gold Humanism Honor Society. Her clinical interest is vascular surgery. She is an avid runner, cyclist, skier, and sports fan.