Residency at BIDMC is about discovery: Discovery about your interests and talents, but also discovery about the nervous system, how it goes wrong in neurological disease, and what we can do to improve the outlook for our patients.

Bright and curious minds cannot be constrained by what is already known; they find that residency is a continuous series of presentations of problems that need to be solved, many of which do not have easy solutions. Our faculty are working on many of those solutions, and they welcome our residents as colleagues to join them on these voyages of discovery. 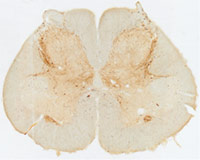 Faculty at BIDMC work on research problems in almost all of the subspecialties of neurology. They work on these problems at all levels. We have more than a dozen basic science research laboratories, investigating fields from Parkinson’s disease to epilepsy, sleep to autism, and brain tumors to peripheral neuropathies to stroke pathophysiology.

As a clinical department, we have human-based research programs focusing on:

The total NIH support for research in our Department in 2015 was $16,100,000, comparable to large neurology departments for entire universities (e.g., Emory, Cornell). Children’s Hospital has a similar level of support. Together, we have an R25 program that has supported over a dozen neurology residents from our programs who have done postdoctoral research training during and after their residencies. However, almost all of our residents choose to participate in research during their residency, and present this at our annual Resident Research Day.

The Neurology departments at BIDMC and Children’s Hospital participate in the National Institute of Neurological Disease and Stroke R25 program, which allows selected residents in selected programs to take a six-month block of time for research during their residency and then provides up to two years of postdoctoral fellowship time to do research after residency.

We have had an average of two to four residents per year from the adult and pediatric programs compete for these fellowships, and about 80 percent of them have been chosen to receive them (compared to a national average of about 50 percent).

The R25 program supports work that can be either basic laboratory or human-based experimental studies. All residents receive information about the program during their PGY2 year, and those who are interested are encouraged to choose a mentor and under the guidance of that mentor and the program leadership prepare a brief written application during the summer of their PGY3 year. The applications are sent in during the following Fall, and the announcements of awards are made in the following Spring. Successful R25 residents then plan a block of six months of research time during their PGY4 year.

Past R25 fellows from our program have been successful in achieving K08 awards and are now faculty members at Harvard and at universities around the country.

We plan to investigate the function of two promising populations of neurons in the dorsomedial medulla on temporal modulation of gait using novel techniques of gait-triggered optogenetic excitation as well as optogenetic silencing in a mouse model. This knowledge will advance translational efforts to develop powerful therapies for humans with gait disorders, such as Freezing of Gait or festination.

R25 awarded 2013-2015
Title: The Role of Ube3a in the Behavioral Consequences of Seizures in Autism
Mentor: Matthew Anderson, MD, PhD

Epilepsy and autism spectrum disorder share a complex etiopathophysiological relationship which remains poorly understood. This proposal served to explore the neurobiological mechanisms underlying the long term deleterious effects of recurrent seizures on social behavior, as measured in laboratory mice. We have discovered an important role for seizure-induced neuroadaptations in midbrain regions, providing a pathway for pharmacological or genetic avenues for therapeutic intervention.

The caudal hypothalamus has been an hypothesized part of the ascending arousal system for more than a century. In this project, the supramammillary nucleus was found to be responsible for this effect. Activation of glumatergic neurons of this region potently promoted wakefulness after selective activation using a designer receptor exclusively activated by designer drug (DREADD) technique. In addition to producing behavioral wakefulness, activation of these neurons resulted in sustained activation Furthermore, activation of these neurons resulted in sustained activation of both the cerebral cortex and hippocampus; inactivation resulted in drowsiness. This neuronal population is a strong candidate for the long-sought wake-promoting caudal hypothalamic cell group.

The dorsolateral pontine tegmentum, where it merges into the midbrain reticular formation, is the most important region of the central nervous system for maintaining arousal. Even small lesions within this critical region often cause coma. This region contains many different populations of neurons, with a wide variety of functions, most of them unrelated to coma or arousal. Our goal is to combine genetic, anatomic, and physiologic approaches in awake, behaving mice to identify and characterize specifically those neurons in this complex region that are necessary for conscious wakefulness.

Over the years, many of our residents have gone on to start successful research programs of their own. In addition to the R25 awards during training, our residents have received competitive grants such as the AAN Research Awards, among others.

Here are just a few: