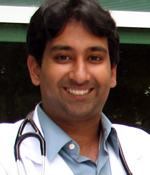 Adit Ginde, MD, MPH is an Assistant Professor of Emergency Medicine at the University of Colorado School of Medicine and the Associate Director of the Colorado Emergency Medicine Research Center. After completing his emergency medicine residency training at BIDMC in 2006, Dr. Ginde received the Emergency Medicine Foundation Research Fellowship grant and finished his research fellowship as part of his BIDMC junior attending year. During this time, he also completed his Master of Public Health degree from Harvard University. Dr. Ginde actively practices and teaches emergency medicine at University of Colorado Hospital and Denver Health Medical Center. He received The Peter Pons, MD Award for Clinical Excellence from the residents of the Denver Health Residency in Emergency Medicine in recognition of his clinical and teaching performance. He is also on the Board of Directors for the Colorado chapter of ACEP and on the Steering Committee for the Emergency Medicine Network. Most of Dr. Ginde's time is now spent on research at University of Colorado School of Medicine . He is a clinical epidemiologist with expertise in preventive medicine. His primary research focuses on understanding the role of vitamin D in immune responses to infection, especially in high-risk patient populations such as older adults and those with obstructive lung diseases. His emergency medicine research seeks to characterize and improve access to high quality emergency care in rural and other underserved areas, with a particular focus on workforce issues. Dr. Ginde has published over 50 peer-review articles in a variety of emergency and general medical journals and has received several extramural grants to support his work. Grant funding from the NIH, Colorado Clinical and Translational Sciences Institute, American Geriatrics Society, Mucosal and Vaccine Research Colorado, Center for D-Receptor Activation Research, and Emergency Medicine Foundation has totaled over 1 million dollars. His recent work has been featured on National Public Radio, CNN, and numerous nationally recognized newspapers and magazines. 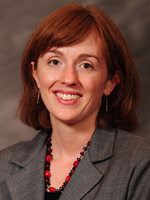 Emmy Betz, MD, MPH, received her undergraduate degree from Yale University and her medical degree and Masters in Public Health from Johns Hopkins. It was an introductory injury course in the MPH program that first sparked her interest in injury epidemiology, prevention and control and eventually led to her current academic focus in this area. During residency at the Harvard-Affiliated Emergency Medicine Residency at Beth Israel Deaconess Medical Center she continued her research in injury epidemiology, with projects that led to ten peer-reviewed publications, abstracts and book chapters during her time at BIDMC. As a resident, she worked with Drs. Jonathan Fisher and Carrie Tibbles to secure funding from the Centers for Disease Control and Prevention and the American Association of Medical Colleges for a program to integrate public health education into the residency curriculum. She was a Chief Resident for the program from 2007-2008 and an Academic Junior Attending from 2008-2009, using the year to develop her research in ways to identify older drivers who may be at higher risk of car crashes. For continuation of this work she has received funding from the 2009-2011 Emergency Medicine Foundation Research Fellowship, the Colorado Injury Control Research Center, and the University of Colorado John A. Hartford Center Of Excellence in Geriatric Medicine. She is currently an Assistant Professor in Emergency Medicine at the University of Colorado School of Medicine and has an affiliate appointment as an Assistant Professor in Epidemiology at the Colorado School of Public Health. In addition to her active research in older drivers, she is also active in multiple suicide research projects and is the site-PI in Denver for a multi-center, NIH-funded study for brief screening and interventions for suicidal patients in Emergency Departments. She looks forward to an academic career focusing on research and education in injury prevention and the intersection of public health and Emergency Medicine.

Scott Weiner was a member of BIDMC's first class. He spent his fourth year working clinically and obtaining his Master of Public Health degree from Harvard. His goal was to complete the program within one year, to demonstrate for future residents that it would be possible to complete the program in the scope of the BIDMC fourth year (which it is!). During the fourth year, Scott accepted a position as an attending at Tufts Medical Center, one of the BIDMC affiliates (where residents rotate for Pediatric EM and Pediatric ICU). However, during his first few years there, he helped his classmate, Dr. Kevin Ban, work on an EM development project in Tuscany, Italy, which helped introduce the specialty of EM there and train several hundred physicians. Partially as a result of this project, Italy has since recognized EM as a formal specialty. Since completing that project, Scott has worked full-time at Tufts. He is now the Director of Research, and is the site-PI for an NIH-funded study evaluating the utility of cardiac CT in intermediate risk chest pain patients. He has published over 10 original research papers within the past few years. On a regional level, Scott is on the Board of Directors for the Massachusetts College of Emergency Physicians, and is the chair of its Government Affairs Committee, focusing his efforts on collaborating with DPH to create an online prescription monitoring database. On a national level, Scott is still heavily involved with the International EM scene. He is the chair of AAEM's International Committee and the secretary of SAEM's International Interest Group. He has attended, helped plan and spoken at multiple meetings around the world. He is extremely grateful for the exceptional training that BIDMC provided, which prepared him to excel as an academic emergency physician. 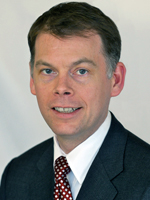 Jason Tracy, MD graduated from Boston University with a Bachelor of Science in Biomedical Engineering and a Medical Doctorate. He joined the inaugural class of the Harvard-Affiliated Emergency Medicine Residency at Beth Israel Deaconess Medical Center program in 2000 and completed his residency as a Chief Resident. Dr. Tracy joined the faculty as an Academic Junior Attending and worked with Drs. Rosen and Tibbles as the Assistant Program Director and Emergency Ultrasound Director. After a few years in the department, Dr. Tracy expanded his administrative responsibilities in his role as the Director of Operations. While working with the departmental leadership team he assisted with all aspects of patient flow, equipment evaluation and networking. In 2007, Dr. Tracy was appointed Chief of Emergency Medicine for Nashoba Valley Medical Center. This BIDMC-affiliated community hospital is located northwest of Boston and treats over 16,000 patients per year. In 2010, Dr. Tracy joined Cambridge Health Alliance as the Chief of Emergency Medicine for the Whidden Hospital Campus. This busy, Harvard-affiliated, community hospital sees 42,000 patients per year and employs many BIDMC emergency medicine graduates. Dr. Tracy lectures at the ACEP national conference on emergency ultrasound and the community hospital management of trauma. He is an Instructor in Medicine with Harvard Medical School.