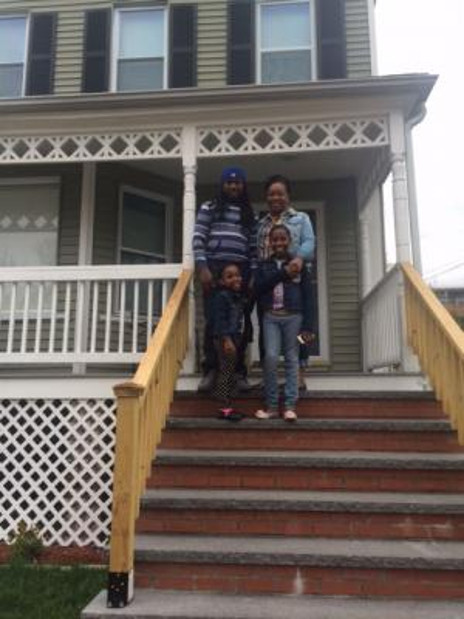 I live in the center of Dorchester: Ward 15, St. Peter’s parish, Bowdoin/Geneva. Once known as Dorchester Center. Home to some of the best residential architecture in the country.

Birthplace of people who have made a great difference in our city and country like John King (CNN political commentator), Bill Bratton (police leader from Boston to LA), Karen Charles Peterson (Commissioner of the Massachusetts Department of Telecommunications Cable) and, seemingly, of half of the parents of residents of the South Shore (“my mother grew up on Mt. Ida Road”) etc.

This neighborhood has also sent three distinguished candidates to the Massachusetts House of Representative, Fifth Suffolk District: Nelson Merced (first Latino elected to the House), Charlotte Golar Richie (only the second freshman representative in history to become a committee chair; later a candidate for Mayor of Boston) and Evandro Carvalho.

More than 1300 Dorchester men joined the Union army at the Lyceum Hall (next to First Parish Meetinghouse), and the first public elementary school in the country, Richard Mather School (1639), started right after Boston Latin School (1635) and Harvard University (1636). And as I have mentioned previously, there are more kids on Longfellow Street who graduated from schools like Boston Latin than those who did not.

AND YET, mention that you are from Dorchester to friends, relatives or colleagues who live elsewhere and what do you get? Looks of shock, disapproval, sympathy, etc., followed by comments like, “Is that neighborhood safe?” or “Is that area coming back?” About twenty-eight years ago we had a break-in and called police. The two young white officers who responded began the conversation with, “Why are you still here?” The reactions of ignorance.

These people should meet Philly and Derick, our newest neighbors on Longfellow Street.

Not only are they delighted with their new house and neighborhood “every day there is some new validation for living here”), every time they turn around friends and relatives are showing up to hang out and enjoy their new home. After looking to move out of the city for about a year, their realtor persuaded Philly to take a look at this newly renovated house on Longfellow Street. She says that, as they drove down the street, her daughter loved the house at first site and when they walked into the house she started to lay claim to a bedroom with the comment, “We have to live here!”

Philly says that, “We love everything about living here. The kids (Deanna, 10 and Chloe, 4) can go out to play and not be locked up inside. Everyone says hello. We keep the blinds open all the time. And the street is so green and the people are so diverse.”

She and Derick had lived on a street in another part of the city that had so many dangerous incidents that they decided to move. They are city people and not blind to the pluses and minuses of city living. Philly grew up on Bowdoin Street where her mother still lives. Her brother lives on Holiday Street a couple of blocks from Longfellow. She is an administrator at the Bowdoin Street Health Center and in that job she, “Sees everything in the neighborhood.”

Most people that I know in our neighborhood feel the same as Philly and Derick about living here. Instead of the dread that we see in outsiders when we mention living in Dorchester, neighborhoods like ours should be held up as models where West Indians, Cape Verdeans, Irish, Puerto Ricans, Vietnamese, Dominicans, Hondurans, blacks and whites of southern origin, straight and LGBT people live together in friendship and create community.

As Dr. King said, “What we are facing today is the fact that through our scientific and technological genius we've made of this world a neighborhood. And now through our moral and ethical commitment we must make of it a brotherhood. We must all learn to live together as brothers - or we will all perish together as fools. This is the great issue facing us today. No individual can live alone; no nation can live alone. We are tied together.”