The Stars of the Cell 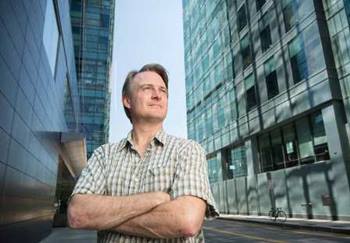 Imagine handing Galileo the Hubble telescope. What awe would he have felt at seeing that there was an entire universe beyond the confines of his tiny lens? What untold opportunities would have been laid before him to profoundly change the fields of astrophysics and engineering? This is just how many contemporary geneticists feel about the fledgling field of non-coding RNA and its potential impact on medicine and health.

These modern-day Galileos of the cell are flouting traditional thinking and exploring how this previously overlooked genetic material might be the key to finding the answers to the most pressing medical mysteries of our time. “It’s like putting pond water under the first microscope or turning the first telescope up at the sky—we are seeing stuff that we just didn’t know existed,” says Frank Slack, Ph.D., director of the Institute for RNA Medicine at Beth Israel Deaconess Medical Center. “With better tools and a bit of creativity, we are unshackling a whole new world.”

Many believed that the solutions for the most elusive diseases were imminent upon the completion of the Human Genome Project (HGP) in 2003. With the entire genetic blueprint for building a human being in our hands, it seemed like the cures for cancer and other complex illnesses couldn’t be far behind. But while it opened up an uncharted universe for exploration, the HGP also had the incongruous effect of limiting our focus to one tiny portion of the genetic cosmos. For decades, scientists concentrated their efforts on the part of our genome where they saw intense activity—the two percent that codes for proteins—reasoning that it would be the most logical place to find genes with a specific function. The remaining 98 percent appeared to be purposeless “junk.” As is so often the case in science, the reality turned out to be much more complicated. “With the recognition that our genome has about as many protein-coding genes as that of the fruit fly came the idea that there must be a lot of other cool genetics going on in human beings to account for our complexity,” says Slack. “And we and others are starting to show that the non-coding portion of our genome actually has function, which is changing our outlook on what constitutes an important gene.”

Slack and the other leaders at the Institute for RNA Medicine have been pioneers in proving just how important non-coding genetics—and in particular the role of non-coding RNA—might be in human development and the progression of disease. Separately in the course of their research, they began to grasp that not only did these genetic components appear to be doing something significant but that they might actually be able to do something significant with them. In July 2014, Slack came to BIDMC to join fellow non-coding visionaries Pier Paolo Pandolfi, M.D., Ph.D., and John Rinn, Ph.D., in launching the Institute to build on this promise as a joint force. “I came from Yale to help direct this initiative because the preeminent leaders, the best of the best, in this field are right here. So the question is not why did I come to BIDMC but how could I not?” says Slack. “I’m banking my career on this. I truly believe we have the right team looking at the right science to develop better therapeutic options for patients.”

Understanding why Slack is so optimistic about translating this science into treatments requires understanding what he and his maverick colleagues have already discovered about RNA, much to the surprise of many in the scientific community. Put simply, it is far from “junk.” A close cousin to DNA, the most well-known of genetic materials, RNA is found in abundance in our cells. 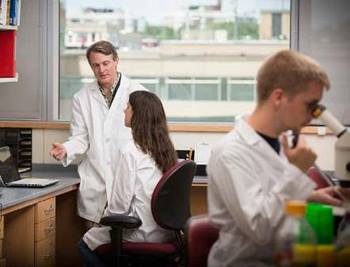 While a number are involved with the protein-coding process, translating DNA’s message to create protein end products, most RNAs are non-coding, regulating a whole range of cellular functions through a variety of genetic pathways. Think of RNAs as the cells’ office managers, responsible for ensuring that certain biological processes take place and conversely preventing others so the whole cellular system runs smoothly. Perhaps nowhere is this regulatory function so critical as during early human development, when we grow from a single cell to a complex organism made up of trillions of cells in a series of precisely ordered intricate steps. It may be that when these same processes run amok they cause deadly diseases later in life. “Cancer is a disease of intense cell growth and cell division, which is exactly what happens in the first few months of development,” says Slack. “But early on these genes get switched off or turned down. In cancer, because of mutations in the genome, those same genes get reactivated and now cells start dividing, sort of like they’re hallucinating they’re back in the womb. These developmental genes are the genes of cancer; it’s just that they’re not being regulated in the right way.”

Now that the Institute’s researchers have helped redeem non-coding RNA’s importance in the eyes of the world, their goal is to not only learn how RNAs manage—or in cancer’s case, mismanage—these types of processes but ultimately how to manipulate them to restore or reverse their function. “As we begin to recognize that diseased cells have altered levels of them, we can very quickly devise strategies where we can either give those missing RNAs back or inhibit those RNAs that are too abundant,” says Slack. “Over just the last two years, clinical trials have begun with these kinds of ideas, but there are only two such trials in the entire world. That shows you how the pursuit has not yet kept up with the promise.” It is a situation Slack hopes the Institute will remedy. He has set a target of uncovering at least five “actionable molecules” over the next five years, meaning RNAs implicated in particular disease pathways that can be pursued as potential clinical treatments. Given the enormous expense of clinical trials and the dominant role of the corporate world in bringing them to fruition, Slack also envisions philanthropy as playing a key part in getting these molecules to the bedside. “I’m hoping to turn that model on its head to create investigator-initiated or philanthropy-directed trials at the Institute, where we don’t have to rely on a company’s interest,” he says. “That is absolutely the roadblock. There is so much interesting academic research that just dies at the pre-clinical stage because it is so hard to get the funding to go to the next step.”

If the funding hurdle can be overcome, the nature of non-coding RNAs offers distinct advantages when translating them to treatments. As biological molecules already found in the body and typically very tissue-specific in their activity, safety should be less of a concern than when dealing with synthetically developed drugs. “And once you’ve identified the RNA involved in a disease pathway, it becomes the target for a drug—or the drug itself,” notes Slack. “We don’t necessarily have that second layer of trying to find a small molecule to affect the target, which shortens the time from discovery to the clinic by years.” In addition, these RNAs also usually regulate the activity of a number of different genes along the same pathway so they may act like a “drug cocktail” similar to those used successfully against HIV/AIDS to prevent potential resistance. Finding upstream regulatory mechanisms also opens up the prospect of eliminating multiple forms of a disease like cancer in one fell swoop by simply correcting one malfunctioning pathway. Perhaps the only serious physical barrier that remains is finding viable ways to deliver RNA-based therapeutics. “If you just inject RNA into the blood it gets degraded very quickly by enzymes,” says Slack, “so one of the huge challenges in the field is protecting the RNA and getting it to the right place. Currently, we are exploring the use of tiny molecules called nanoparticles to encapsulate the RNA and move it intact through the bloodstream to its target—almost like a slow-release Tylenol but on a microscopic level.” Citing it as another area where philanthropy could have a profound impact, Slack hopes to build on these initial efforts by establishing a multidisciplinary “delivery core” at the Institute, which would draw on the creative expertise of a variety of fields including chemistry, bioengineering, and molecular biology.

As the field of non-coding RNA seeks answers in many disciplines, it may, in turn, find answers in many disciplines. With more than 65,000 new cellular RNAs uncovered in the last decade alone, their therapeutic possibilities may be virtually limitless. However, with only 24 hours in a day and finite resources, the practicality of their applications may not. “The challenge is that, realistically, we cannot look at every disease state,” says Slack, noting that the Institute’s initial focus will center around cancer and aging. “We have a big hammer, but how do you prioritize which nail? Ideally, I see our role as being able to show these things work in some diseases and inspire others to try them in their own areas. And some of that is definitely happening already.” While Slack hopes, of course, that his work will offer new hope to cancer patients, he’s still captivated by the idea that uncharted avenues of research have the potential to take you anywhere. “Scientists aren’t driven by bonuses,” he says. “The bonus for us is if we discover something new and it changes how we look at the world and how we can make it better. And for me that’s not by looking at the stars or the sea, but a cell.”