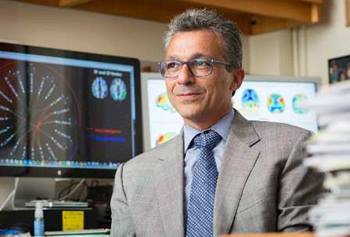 Maureen O’Donnell doesn't remember much about the three months she spent in the hospital following a brain aneurysm. She remembers calling 911 when she knew something was horribly wrong, but nothing else about the extensive complications, first trip to a rehabilitation center, or surgery to place a permanent shunt in her brain. "It's amazing I am alive," she says based on the second-hand accounts she heard later. As a result of the aneurysm, O'Donnell suffered from speech impairment, mobility challenges, and cognitive deficits that affected her concentration and memory. "I went through physical therapy and speech therapy, and I needed that," she says, "but I found cognitive rehabilitation to be huge."

Last year in an effort to put together what happened during those three months and come to peace with her medical challenges, O'Donnell enrolled in the Brain Fit Club at Beth Israel Deaconess Medical Center. The revolutionary new program — affectionately called a gym for your brain — promotes brain health through personalized "workout routines" designed to keep each patient's cognitive function nimble, fit, and active. Just as physical activity keeps your body healthy and better equipped to recuperate following injury, the Brain Fit Club uses cognitive training to help aging brains stay healthy and injured brains heal faster. "As we learn more about the key characteristics of healthy brain function that maximize the capacity of the brain, we want to use the cutting-edge insights of research to promote the best functioning," says Alvaro Pascual-Leone, M.D., Ph.D., director of the Division of Cognitive Neurology and the Berenson-Allen Center for Noninvasive Brain Stimulation. "And in doing so, we hope to optimize coping with or recovery from brain illnesses and minimize the risk of future brain illness." Only recently have scientists dispelled the long-held belief that the adult human brain is hard-wired and unchangeable. In the last two decades, research has shown the brain is continuously making new cells, adapting and reorganizing following challenges from injury or disease and reshaping its connections. This groundbreaking concept known as plasticity has unlocked the potential of new approaches to treat symptoms of neurological injury or disorder. At the same time, scientists are learning that many of our lifestyle choices that are beneficial for physical health — like diet, exercise, sleep, stress reduction, and social connection — can also promote brain health and potentially ease the cognitive effects of aging. "This is critical not just because of cognitive problems and neurological diseases, but also because we have come to realize that a healthy brain is essential for a healthy body," Pascual-Leone says. The Brain Fit Club is the first facility of its kind to integrate this knowledge into its programming. 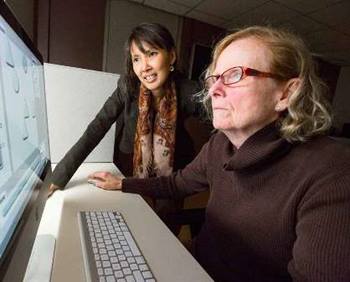 In its first year of operation, the Brain Fit Club was in high demand and treated nearly 400 patients with diagnoses ranging from Parkinson's and Alzheimer's disease to concussions and multiple sclerosis, as well as healthy individuals with a family history of neurological disease or who are just worried about brain function in aging. Indeed, the program is not limited to neurology patients. Working together with colleagues from the Department of Gerontology, the Brain Fit Club offers a program to sharpen the minds of the aging population. Clinicians in the Brain Tumor Clinic are also working with the Brain Fit Club to develop a brain training program to help patients mitigate the effects of chemotherapy and radiation. "It gives people hope," says Bonnie Wong, Ph.D., director of the Brain Fit Club. "Medications have their place and they are useful and important, but a lot of people want to find a way to make a behavioral change and a lasting change; we want to be able to give them both."

Regardless of diagnosis, first-time patients of the Brain Fit Club undergo a series of tests to determine general background information about overall health and lifestyle choices such as social life and hobbies, as well as dietary and sleep habits. Clinicians also evaluate cognitive function including attention, concentration, and memory to determine individual strengths and weaknesses. "The goal is to target those particular limitations that the person has shown on the testing and take what we know about that person's background and find an intervention that fits that individual's cognitive and health profile,"says Wong. "We want to empower people by giving them the skills to be their own brain health coaches now and after they leave the Brain Fit Club." Workout prescriptions might include a combination of computer-based training programs, non-invasive brain stimulation, attention and memory skills-building, nutritional coaching, mindfulness meditation, sleep and lifestyle education, gait and balance evaluation, and group classes such as tai chi or gentle yoga. "We want to stimulate your brain to make new connections and maintain existing ones by 'cross training' your brain using evidence-based interventions," Wong says. Clinicians use imaging technologies to evaluate and measure the function and plasticity of a patient's brain in order to define its health. This baseline result, known as a brain index, can be used as a benchmark to assess the effectiveness of cognitive training in preventing neurodegenerative diseases and age-related disability.

The goals of each patient vary. As part of her tailored treatment, O'Donnell regularly meets with a psychiatrist and social worker, and also attends mindfulness meditation group sessions, which have helped quell her anxiety and improve concentration. "The Brain Fit Club has helped me gain independence," she says. "It is social, interactive, and I think it can help a lot of people." O'Donnell is also involved with the Brain Aneurysm Foundation, which has been a key part of her recovery, and is keeping a journal and reading, a pastime that was nearly impossible following the aneurysm. "It is challenging and hard work, but I find it very helpful," she adds. 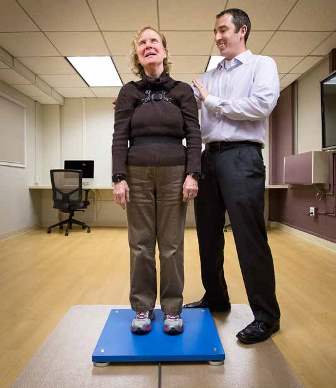 While the Brain Fit Club strives to help ease the burden for patients like O'Donnell, who suffer symptoms from preexisting injury or disease, the program is also trying to change the way neurologists and psychiatrists approach their patients. "We need to change to an approach where we characterize the potential risks of individuals and deploy interventions to maximize well-being and maintain brain health to prevent the development of a disorder," Pascual-Leone says. But in order to make that paradigm shift, the clinicians face a number of challenges, including the need for ongoing research, better technology, staff, and space. "The only way to make this happen is with help from people who believe in it and have the generosity to empower us to try it," says Pascual-Leone, noting the generous philanthropic contributions from donors like Carolyn and David L. Brodsky, Sandra S. and Donald K. Kurson, and the Berenson Family, including Helaine B. Allen, Cynthia and Ted Berenson, and Patricia Berenson and Jeffrey Carp. "We are unbelievably lucky to have found generous people who understand the transformative potential of the Brain Fit Club, and have been willing to give philanthropy that has enabled us to launch these programs. We need more people like them who can support this work so that we can provide this revolutionary care to more patients and leverage their gifts to secure additional funding and support."

With philanthropic support, clinicians and researchers are not only expanding the reach of the Brain Fit Club, but also using the basic principles and applying them to new avenues of research into preventive approaches for diseases from dementia to diabetes to autism. For example, Pascual-Leone and his team have investigated the brains of individuals at risk for Alzheimer's disease or with early Alzheimer's disease and determined that they are less plastic than the brains of healthy patients of similar age. As a result, through brain stimulation and cognitive training, researchers are working to make specific brain networks more efficient in their plasticity and potentially delay the impact of the disease. Initial results from a small sample showed significant improvement in patients, and now a larger study is underway. "We are finding that we have more to learn, as always," Pascual-Leone says, "but we are also finding that the benefit is substantial enough that we can help people cope with the challenges of illness much better and improve function. Hopefully that will turn out to prevent the risk of illness."

The ongoing research and program development can only improve the impact the Brain Fit Club will ultimately have on its patients. "I truly believe we will make a difference in peoples' lives," Pascual-Leone says. "Most of the diseases are not just curses for the patients, they are challenges for the families, for the loved ones, and for society at large. What we do in research can benefit people today and allow us to continue to learn. It doesn’t get any better than that."