Hitting it Out of the Park

Hitting It Out of the Park 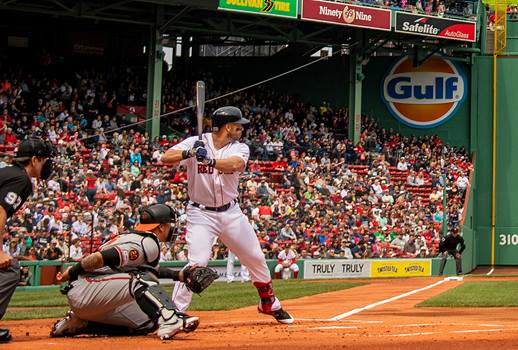 Throughout their long history together, the Boston Red Sox organization and BIDMC have shared a special bond as neighbors. While one is winning championships in Fenway Park, the other, just down the street, is providing championship-caliber care to players and fans alike. "BIDMC has been a tremendous supporter of our club for nearly 20 years," says Troup Parkinson, executive vice president of Corporate Partnerships of the Boston Red Sox Baseball Club Limited Partnership. "The hospital provides remarkable service, delivering the best care to players and fans for decades." Adds Samuel Kennedy, president and CEO of the Boston Red Sox and BIDMC trustee advisor: "People from across the globe visit Fenway Park — it's a rite of passage for many. As an academic medical center of excellence, with doctors who are the best in their field, BIDMC is similar in that it attracts patients from all over the world."

In appreciation of the extraordinary care provided by BIDMC, and to invest in their shared community, the Boston Red Sox Baseball Club Limited Partnership made a generous gift to BIDMC's new inpatient building. It is exactly the kind of impact that the club is looking to make off the field. "Not only are we neighbors in the Fenway neighborhood, but we have both played a key role in the area's prosperity," says Parkinson, noting that BIDMC and the Red Sox often collaborate to sponsor landmark community endeavors such as the Red Sox Scholars, a college scholarship and enrichment program, and the 9/11 Blood Drive with the American Red Cross. "We have a mutually beneficial partnership; our missions are one and the same."

With this partnership, the Fenway neighborhood is flourishing — as are the Red Sox and the medical center. "Since we've been together, we've won four championships," says Parkinson. "We couldn't be more proud or fond of our relationship with BIDMC."