Despite graduating from both Harvard College and Columbia University College of Physicians and Surgeons, Tom Delbanco, M.D., has only one framed diploma hanging on his office wall at Beth Israel Deaconess Medical Center. The modest certificate marks his chief residency at New York City’s Harlem Hospital Center, which historically has been a safety net to meet the health care needs of a diverse and economically disadvantaged community. At that time, the hospital had just moved under the auspices of Columbia’s medical school, a transition that was at once intense and inspiring for Delbanco—and the experience changed his perspective on medicine for good. “It was the most amazing year,” reflects the renowned internist. “We went from six to 55 house staff in one day. Close to half of my colleagues were black. And on our first day, we had 44 admissions and 11 deaths on the Department of Medicine wards. It was an incredible year—boy, did I learn a lot!—and everything’s been relatively easy since.” 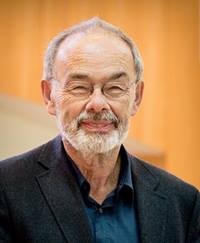 Delbanco has certainly made it look easy. Since that decisive year in Harlem, he has moved seamlessly through a celebrated, 40-year-plus career in primary care, or general medicine, with an intellectual assurance that belies his passion. Along the way, he has played a pivotal role in transforming both primary care practice and education; improving the doctor–patient relationship; and championing the underserved. From the beginning, his goal was simple—make health care better for everyone. “I was always a real liberal do-gooder,” he recalls. “I wanted to help the world. I think the debate for me was whether to go back to Harlem Hospital and just work harder, or to try to change the delivery system more broadly. And I thought maybe I should start by bringing a focus on primary care into academic medicine, something that really didn’t exist at the time, at a place with a lot more resources, and then hopefully incorporate some of our successes with the underserved that might work well in a wide variety of settings.”

That place ended up being Beth Israel Hospital, one of the founding hospitals of BIDMC. In those days, hospital-based clinics were repositories of care for the poor, the disenfranchised, and the elderly in the community, says Delbanco, existing primarily to teach young health professionals and having far too few resources to deliver first-class medical treatment. Invited to come to Boston by then—physician in chief, Howard H. Hiatt, M.D., and then—hospital president Mitchell T. Rabkin, M.D., Delbanco began to build on his vision of a one-class system of primary care at Beth Israel, which would serve rich and poor alike with teams of doctors, nurses, and mental health professionals. Reversing the traditional academic sequence of starting with research and education and then focusing on clinical care, he kicked off his unprecedented plan by concentrating initially on bringing teams into the delivery system and then grafting on educational and research components. “And our efforts seem to have helped, because now there’s virtually no general hospital in the country that doesn’t house a primary care program,” he notes. “It disseminated and it metastasized. We first got foundation, then federal, support for our ideas, and now they are part and parcel of the way almost all teaching hospitals work.” 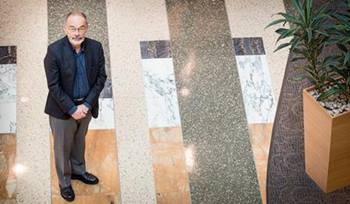 From there, Delbanco embarked on a series of firsts in academic primary care, from launching one of the first primary care residency training programs to establishing a Harvard-wide research fellowship program in primary care, which has almost 300 alumni to date. He was also one of five founders of the Society of General Internal Medicine, where he served a stint as president. With an uncanny ability to sniff out the day-to-day health care concerns most relevant and meaningful to his patients, Delbanco would light upon potential solutions that invoked his creativity and his desire to reach as many people as possible. He led efforts to help doctors recognize and intervene with patients in trouble with alcohol. He was the major creative force behind the Picker Institute, which developed surveys to solicit patients’ feedback about their experiences in the hospital and the doctor’s office and have become an integral part of medical practice. He explored the complex issue of medical errors, even writing and directing a documentary that explores the issue through the eyes of patients and their families. And he instigated the development of the nation’s first online patient portal, PatientSite, brought to life by information technology gurus Ben Littauer and John Halamka, M.D. (now BIDMC’s chief information officer). “I guess I’m a change agent, and the reason I’ve stayed here is that I’ve been able to reinvent myself many times,” says Delbanco, who was honored with the first Harvard chair in primary care for his efforts in 2000 (see photo on page 3). “But if there’s a unifying theme, it’s that I’ve been trying to break down walls between those who care for people and those who get care. And your best bet for taking optimal care of yourself, in my view, is when you’re as informed as you need to be. It’s awfully hard to engage actively and productively in your care if you don’t have all the goods at hand.”

Perhaps no project gets to the heart of giving patients the goods like Delbanco’s hallmark OpenNotes initiative (www.opennotes.org), which he launched with long-time colleague and close friend, Jan Walker, R.N., M.B.A., a prominent member of the BIDMC faculty. With the goal of bringing more transparency to the traditionally enigmatic, complex, and often one-sided relationship between patients and those who care for them, Delbanco and Walker embarked on a pilot study funded by the Robert Wood Johnson Foundation to evaluate the impact of offering patients electronic access to the observations and plans their doctors write about them after each clinical encounter. Since the 2012 publication of the findings from their pioneering study in which 100 doctors shared their clinical notes with more than 20,000 of their patients, OpenNotes has spread to offer more than 10 million Americans ready online access to this information. “And we now have a plan to get to 50 million patients in short order, which is basically a mandate to make it the standard of care,” says Delbanco. “I’m very proud of that because it signifies a fundamental change in practice that I’m increasingly convinced will mean better care for patients, in terms of both processes and outcomes. Can’t prove it yet, we need to do a lot more studies, but this is not much ado about nothing.”

Certainly, funders have been making much ado about the project’s ongoing promise. Last December, four major philanthropic organizations—the Robert Wood Johnson Foundation, the Gordon and Betty Moore Foundation, the Peterson Center on Healthcare, and the Cambia Health Foundation—gave more than $10 million in combined grant funding to support the national expansion and evaluation of OpenNotes based on its encouraging results thus far. The initiative has mounting evidence that this kind of engagement is an important path toward improving the quality, efficiency, and safety of care. Most patients report that they feel more in control of their care, and more than half report adhering more effectively to their medication regimens. Indeed, whether or not they choose to read what their doctors write, 99 percent want the access to continue, and currently at BIDMC, patients open almost two out of three of their notes. Fears on the part of doctors that they would be flooded with questions outside the visit or that it would take longer to write up their notes have proven unfounded; nationwide, the OpenNotes team knows of only four doctors who have dropped the transparent practice after giving it a try. And perhaps one of the most pleasant surprises for Delbanco personally is that OpenNotes has not turned out to be an intervention serving only the privileged. “We were worried that the young professional with her cell phone and her computer would be the person by far the most likely to read her notes,” he says, “and that people with less than a high school education or the elderly wouldn’t go for it. We were wrong. The elderly, the poorly educated, and more vulnerable populations are at least as interested as the yuppies.”

Stressing that OpenNotes is not an app or a computer program but an ideological movement designed to change how we approach medicine, Delbanco has no shortage of ideas on where it might lead next. With support from the Commonwealth Fund, Walker is already exploring a next step called OurNotes, where patients will work with doctors to co-generate notes interactively. BIDMC’s Departments of Psychiatry and Social Work have started Open-Notes projects with mental health professionals, and the OpenNotes team is exploring its applications in adolescent medicine with Boston Children’s Hospital. Delbanco also sees it having important implications for issues like alcohol abuse, pain management, and caring for aging parents. “We hope to introduce totally transparent communication throughout medicine,” he says. “We’ve begun with office practice, but it is also spreading onto hospital wards and intensive care units, and soon it will reach into the long-term care facility, the nursing home, and assisted living. This is just the start.” 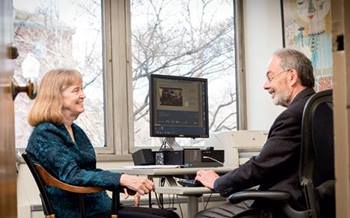 But with entrenched biases in the practice of medicine and an ever-expanding number of potential offshoots for OpenNotes, Delbanco is fully aware he can’t do it alone. “Doctors are very intelligent, therefore they make the highly unintelligent assumption that they can do everything well,” he muses. “And I’ve always been pretty conscious of what I do well and what I don’t do so well, so I’ve tried to buffer that. I never work alone; I always work with partners.” While he can’t lavish enough praise on Walker, who has been his collaborator and “the brains” of the operation for the past 25 years, he knows that the ongoing success of the OpenNotes movement will lie in the fresh perspectives and creative juices of future generations. He is thrilled that they recently hired a new executive director for OpenNotes, Catherine DesRoches, Dr.P.H., to whom he and Walker plan to pass the torch. And he recently received a generous $3.3 million gift from the Keane family to create a Harvard Medical School/BIDMC professorship whose incumbents will be committed to the ideals underlying the OpenNotes initiative—engagement, transparency, and respect for patients of all kinds—in perpetuity. In addition, there’s a whole new cohort of doctors and patients who, through technological advances and changing social mores, are poised to work together to transform the way medicine is delivered. “If I had to do it all over again,” says Delbanco, “I would become a pediatrician and I would work in pre-kindergarten preparing young people, my grandchildren, to become superb patients, superb members of the health care system. I think we really need a generation shift.”

Delbanco’s legacy lies in this next generation of change. He envisions a day when patients don’t fear or over-exalt their doctors. When doctors easily embrace transparency and partnership with patients and their families. When patients have at least as much control over their records as their providers. When the invisible walls that impede the delivery of optimal medical care and shared decision-making among stakeholders crumble away. So as someone who has not just borne witness to the beginnings of this revolution but who has actively made it happen, is Delbanco optimistic? “When I became a doctor, my mother thought I was going to be a god, that I would run the show,” he reflects. “But now that dynamic’s really changing, and it’s good that it’s changing. We have much more to do, I have plenty to keep me busy, and I hope to continue being a part of that change. It’s a lot of fun.”