This year marks three momentous anniversaries for our institution: New England Deaconess Hospital’s 120th, Beth Israel Hospital’s 100th, and BIDMC’s 20th. In this special Anniversary Leadership Spotlight, we asked Mitchell T. Rabkin, M.D., to reflect on our potent history and how this foundation has put us in a position of strength for the future. For more anniversary reflections from influential leaders at the medical center, please visit www.bidmcgiving.org/anniversary.

A graduate of Harvard Medical School (HMS), Rabkin became president and CEO of the former Beth Israel Hospital in 1966 at the age of 36 and subsequently became the CEO of CareGroup, BIDMC’s nonprofit parent organization, upon its formation in 1996. Today, Rabkin serves as a professor of medicine at HMS and as a distinguished institute scholar at the Carl J. Shapiro Institute for Education and Research at HMS and BIDMC. 2016 marks the 50th anniversary of his association with the medical center. 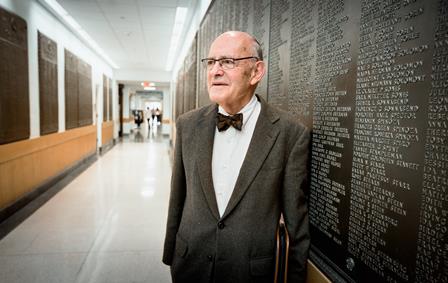 Look back a century ago, and two decades more. Two hospitals—Beth Israel Hospital and New England Deaconess Hospital— established by their communities, each seeking the best care for all patients, generously and warmly given. Physicians joined, and nursing schools were started. Soon, appreciation arose that the best care called for academic connections. This pointed to Harvard and Tufts, ultimately leading to hospital residency and graduate specialty training. The Harvard relationship intensified. Islands of excellence at both hospitals multiplied.

Think once again on those early years. Contrast medicine at the 20th century’s start with today’s complexity. Each hospital’s capability grew. Achievements included the first non-invasive study of cardiac physiology, fundamentals in the treatment of diabetes, development of the cardiac pacemaker, early care of cancer patients (whom many hospitals wouldn’t admit), advances in thoracic surgery, liver and kidney transplantation, and psychodynamic psychiatry. Moving the historic Harvard-Thorndike Clinical Research Center from Boston City Hospital enriched clinical studies. Beyond keeping pace with the century’s advances, our two hospitals were among those leading the way.

And then there are some contemporary examples. The characterization of VEGF (vascular endothelial growth factor) opening insight into the nature of cancer. Identification of PI3-K (phosphatidylinositol-3-kinase)and its primary role in cancer, leading to medications for leukemia and lymphoma. Insight into the molecular biology of malignancy, creating a cure for acute promyelocytic leukemia and offering promise of even wider therapy. These are advances of Nobel Prize quality. The nature of pre-eclampsia, devastating in late pregnancy, was defined. Important understandings in migraine and neurology emerged. Information management, sharing medical records with patients, and easing their communication with physicians highlight our advances in the digital world. 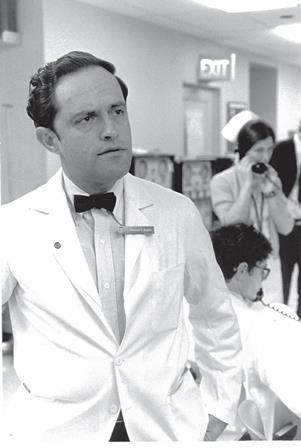 We cared for persons, not disembodied diseases. We abandoned open wards, placed inpatients regardless of economic status or race, established hospital-based social services, home care, and linkages with urban community health centers. We issued the first hospital statement on the rights of patients, now posted at every U.S. hospital. The first with primary nursing throughout the hospital, we demonstrated the professionalism of nursing and strengthened the partnership of nurse and physician. We involved patients more fully in their care.

With the burgeoning of knowledge, the challenge of keeping current focused us on the teaching and learning of medicine. Emphasis on critical thinking as a process in diagnosis led to leadership at Harvard Medical School.

In 1996, Beth Israel Deaconess Medical Center formed in response to environmental forces but also to an appreciation that what had grown from a few islands of excellence called for even further strengthening. And we moved from “We-They” to “Us.” Our community hospital ties make care more convenient and cost-effective system-wide. The new organization, BIDCO (Beth Israel Deaconess Care Organization) enables our physician groups and hospitals to contract, share risk, and together build better care management systems.

Our growth and then merger came about through the insight and generosity of informed governing boards, unwavering support of our communities, affiliation with Harvard Medical School, funding from National Institutes of Health, other agencies, donors, patients, and families, and the steadfast dedication of the physicians, nurses, social workers, and all staff from entry level to top management. As medicine and patient care grow more complex, our commitment, our ever-improving performance, and the continuing—and deeply appreciated—support from our community offer optimism as BIDMC moves into the decades ahead.