A Matter of Life and Tech

A Matter of Life and Tech

How Pooja got her cow back: artificial intelligence technology provides crucial diagnosis 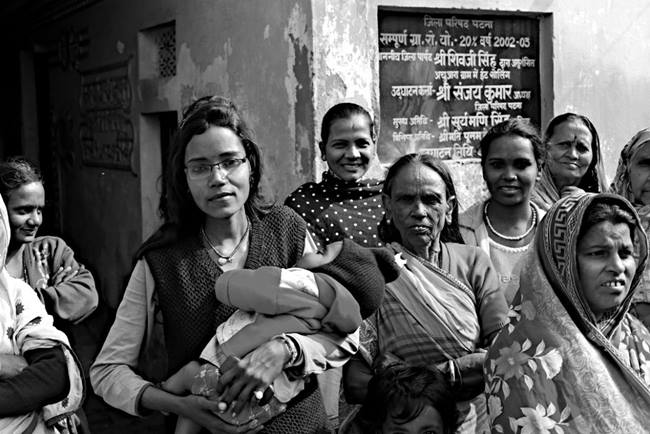 Earlier this year, John D. Halamka, M.D., M.S., executive director of the Health Technology Exploration Center (HTEC) at Beth Israel Lahey Health, spent one week in Bihar, a region of Northern India. Along with a U.S. based team from the Bill and Melinda Gates Foundation, Halamka visited villages along the Ganges river, tracing the path of patients who travel hundreds of miles to the city of Patna to seek medical care. Along the way, they met with patients, providers, field officers, and pharmacists.

Like most villages they visited, Achhuwara had hand pumped water supplies, electricity, and 4G cellular connections. Cows roamed freely through the villages; many households also had goats. There, Halamka and the team were introduced to Pooja Kumari, a 25-year-old woman who had a particularly compelling story. Not long after giving birth to her son, Kumari began to experience severe abdominal pain that she assumed was related to the delivery. She traveled great distances to seek medical care from several doctors, each of whom misdiagnosed her condition—a process that cost her entire life's savings. As a worker who earns less than $1 per day, Kumari had no choice but to sell her land and her cow to pay her health care bills. And yet, her symptoms did not improve and she continued to suffer. "Sadly this devastating scenario is all too common in India and other developing nations," says Halamka. "Pooja's dreams and aspirations were lost to medical costs." 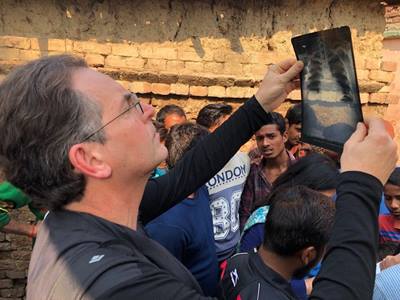 Upon hearing about Kumari's journey, Halamka was deeply moved—and determined to help. He arranged a telehealth consult for her through World Health Partners (WHP). Kumari was connected to a physician located in another part of India, who learned about her symptoms and examined her abdomen via webcam—the WHP system can transmit live audio and video in real time. In addition, the program uses an algorithm that combines the patient's symptoms with his or her health history, demographics, and geographical data to generate a diagnosis. Kumari was correctly diagnosed with abdominal tuberculosis and subsequently given the proper treatment at a low cost, close to her home. She did not need to travel or pay an exorbitant amount to receive the care she desperately needed. And today, she has begun treatment and is doing very well.

According to Halamka, artificial intelligence technology is to thank for Kumari's long overdue diagnosis. "Tuberculosis outside of the lungs is not very common, except in India where more than 60 percent of cases of the illness occur in the abdomen," says Halamka, who explains that the WHP algorithm was able to take Kumari’s geographical information into consideration and make the diagnosis based on other patients in her area with those same symptoms. "The beauty of machine learning algorithms is that health practitioners can learn from all the patients of the past," says Halamka. This, in turn, informs the care provided to patients of the future. "If these two powerful technologies—telehealth and machine learning—had been available to Pooja sooner, she would not have spent her life's savings on health care," says Halamka.

With this in mind, Halamka and the team are committed to rebuilding Kumari's life by restoring her savings. She'll soon complete her treatment and will be able to return to her normal life and resume working. And thanks to the numerous contributors to the GoFundMe page Halamka set up for her, she will also be able to build something she has long dreamed of: a home. "My hope is to dedicate the next 30 years of my life to purposeful causes that make a difference," says Halamka. "I am focused on India and China, which comprise more than one third of the humans on this planet. I truly believe that technology is the key to saving lives there and around the world."

If these two powerful technologies—telehealth and machine learning—had been available to Pooja sooner, she would not have spent her life's savings on health care.
John Halamka, M.D.
Executive Director, Health Technology Exploration Center