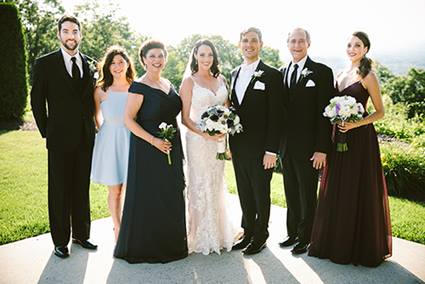 No one wants to celebrate their birthday in the hospital, but on June 23, 2006, Cathy Harwood was grateful to spend hers at Beth Israel Deaconess Medical Center. As she blew out her candles, she remembers thinking that her wish had already been granted: she was alive. And that was thanks to her surgeon Christopher Awtrey, MD. He had just successfully removed Cathy's football-sized, malignant uterine tumor during a painstaking 6-hour surgery. Afterward he led a group of nurses and her husband, Doug, in singing "Happy Birthday" to her. "I later learned that Dr. Awtrey had personally gone out to get the cake," says the mother of three. "He is the most phenomenal doctor in the world. It's hard to put into words how fantastic he is."

For the past 13 years, Awtrey — who is now the vice chair of the Department of Obstetrics and Gynecology — has closely monitored Harwood's health and supported her and her family in managing uterine leiomyosarcoma, a rare cancer that develops in the smooth muscle lining in the uterus. With gratitude for the care and attention he has provided, Cathy has continuously supported Awtrey's work and the Gynecologic Oncology Program. "Dr. Awtrey is a remarkably skilled surgeon with enormous concern for all of his patients. He watches over me like a hawk," says Cathy, who travels from her home in Bedford, NH to BIDMC. "I would go no place else."

BIDMC has long been an integral part of Cathy's life. Before she met Awtrey, she dealt with endometriosis, infertility, and fibroids and became accustomed to difficulty and disappointment as she and Doug — her high school sweetheart — tried to start a family. After multiple complex surgeries and the removal of one of her ovaries, Cathy began to lose hope. But in 1983, in vitro fertilization (IVF) became legal. The following year, under the care of Beth Israel Hospital physicians Melvin Taymor, MD, and Selwyn Oskowitz, MD, she became the first woman to conceive and deliver a baby in Massachusetts through IVF. "I was deliriously happy," says Cathy, who together with Doug and their newborn daughter, Katie, was featured on the front page of the Boston Globe. Six years later, they welcomed twins Ami and Jonathan, also born at Beth Israel Hospital.

But as her family flourished, Cathy's medical challenges continued. In 1996, while performing a hysterectomy to help manage her worsening fibroids, doctors discovered a malignant tumor. "This was the worst time in our lives," says Cathy. It was then that she became a patient of BIDMC's Gynecologic Oncology Program, where she would later meet Awtrey. Over the years, he has kept Cathy's aggressive cancer at bay, developing a long-term treatment plan that had included targeted drug therapy and multiple procedures. Her longest surgery with Awtrey took place in 2011 and was an incredible 12 hours long.