Named chair of the Board of Directors in late 2017, Carol F. Anderson shares her list of BIDMC's top 10 most exciting advances. 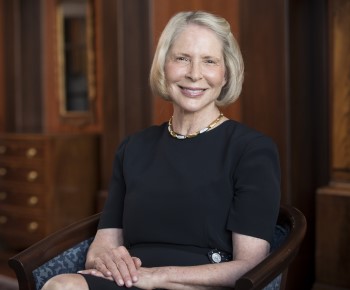 Following decades of commitment and generosity to Beth Israel Deaconess Medical Center, Carol F. Anderson was named chair of the Board of Directors in late 2017. Carol and her husband, Howard Anderson, made their first Annual Fund gift in 1995; however Carol’s family was involved from the beginning—more than a century ago. Her great grandfather Julius Friedman lived less than a mile from Beth Israel Hospital, where he received all his care. Carol’s grandparents—on both sides—continued in Julius’s footsteps, visiting Beth Israel Hospital for their medical needs and those of their children. Generations later, in 1998, Carol continued the family tradition and started volunteering and sharing her expertise with BIDMC. For the past 20 years, she has never stopped giving—her time, knowledge, and loyalty—to the medical center.

In celebration of the 2019 New Year, Carol is thrilled to share her list of BIDMC’s top 10 most exciting advances of 2018.