Paying tribute to her late daughter, Elizabeth Lane gives back to BIDMC and receives a host of benefits

Before she died, Andrea filmed a video with messages to her children. I watch it every year on her birthday. In that moment, I decided to help other patients produce similar videos.
Elizabeth Lane, M.S., R.N.
Grateful Family 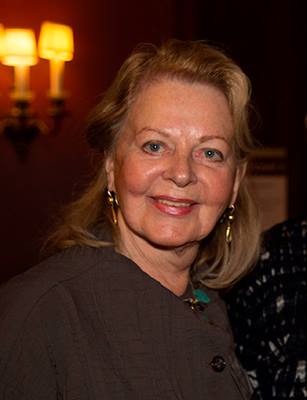 Elizabeth Lane, M.S., R.N., has always focused on others—even in times of sadness. As a retired cardiac nurse, she is a compassionate caregiver by nature. When her daughter, Andrea Battit Fisher, became ill with amyotrophic lateral sclerosis (ALS), Lane moved near her daughter to help a hospice team care for and support her and her three young children. Fisher passed away in 1999, and Lane has since established charitable remainder trusts for herself and some family members that not only provide income to each relative but will ultimately benefit the Andrea Battit Fisher Fund at Beth Israel Deaconess Medical Center. This ensures that each relative has everything they need. Through this generosity Elizabeth is also continuing the legacy of her late husband, Newton Lane, who succumbed to Alzheimer’s disease in 2009 and was a loyal BIDMC supporter.

Before he passed away, Lane’s husband sought treatment at BIDMC, and his physician recommended that she, too, seek support. “They said a social worker could help me as a caregiver,” says Lane, who has a master’s degree in social work and another in nursing. “I said yes because I wanted to do everything I could for him.” That’s how she met senior social worker Lissa Kapust, LICSW, at BIDMC. One day, Kapust introduced Lane to a terminally ill patient, who shared her wish to leave something behind for her children to remember her by. Elizabeth was immediately reminded of her late daughter. “Before she died, Andrea filmed a video with messages to her children,” says Lane. “I watch it every year on her birthday. In that moment, I decided to help other patients produce similar videos.”

Lane’s generous support enables BIDMC patients to film videos that share stories, memories, and reflections. “The videos capture the individual’s inner strengths and resilience,” says Kapust. “Thanks to Elizabeth, we create a legacy for patients with ALS.” These videos continue to remind Lane of her daughter, who wanted to leave as much as possible behind for her family; before Andrea passed away, she hand wrote a card to each of her three children for every birthday until they turned 21.

Lane also funds Kapust’s new position as Health and Wellness Program manager whereby she has established pioneering programming to enhance quality of life for patients with Alzheimer’s and Parkinson’s diseases. Evidence shows that activities such as yoga, meditation, and tai chi enhance quality of life for patients with these illnesses. Research also demonstrates that practicing art—specifically painting, drawing, and music—can also help those facing the challenges of Parkinson’s. “Elizabeth and I both believe that art is the best medicine,” says Kapust. “Her incomparable generosity has been a catalyst in spreading that philosophy far and wide.” In addition, Lane has funded a specialized one-year post-graduate training at BIDMC for master’s-prepared social workers. The medical center has hosted 32 cognitive neurology fellows, all of whom have been mentored by Kapust and have subsequently gone on to establish successful careers across the nation.

By working with the BIDMC Office of Development’s Planned Giving team, Lane has leveraged her giving to increase her ability to provide lifetime income for herself and her loved ones, while receiving charitable income tax deductions. When her relatives pass away, the remainder of the trusts will benefit BIDMC and her daughter’s fund. Through Lane’s generosity to the hospital, she has created a long legacy of caring. “I miss Andrea terribly, but she lives on in that video,” says Lane.