The Science of Predicting Your Heart Health

What if you could peer into a crystal ball and see whether you would develop cardiac disease far in the future? What if a fortune teller could accurately predict whether you would be one of the 29 million individuals in the U.S. who will develop type 2 diabetes — a decade from now? 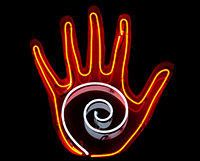 It’s not magic: A standard blood sample that measures molecular byproducts of human metabolism could turn out to hold the answers to our future cardiac health.

A rapidly emerging scientific field known as “metabolomics” is the key to these and other discoveries. This sophisticated analysis of small molecules in the blood that determine how the body burns fuel is revealing important information about individuals’ current and future health. The field holds promise for providing patients and their doctors with an advance warning system years before disease strikes.

The CardioVascular Institute at Beth Israel Deaconess Medical Center has become a leader in this field thanks to the recent arrival of Robert Gerszten, MD , as Chief of Cardiovascular Medicine . He is one of the world’s leading metabolomics researchers. Over the past decade, his studies have examined hundreds of molecules and revealed some highly surprising discoveries, including information that predicts which patients will go on to develop diabetes and cardiac disease.

Every patient who has an annual check-up has blood drawn for a number of tests. But this routine part of the physical exam currently focuses on just a small piece of each patient’s cardiac health. 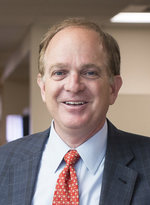 “Right now, a blood sample might be tested for about 10 or 20 different measurements, including glucose [blood sugar], calcium and cholesterol levels,” explains Dr. Gerszten (right). “Although high cholesterol is a major risk factor for heart disease, the truth of the matter is that many people who develop heart disease often don’t exhibit this or any other indicator of trouble ahead.”

But Dr. Gerszten predicts that the blood test of the future may reveal hundreds of potential elements of cardiac disease.

In a study published online this past July in the journal Circulation, Dr. Gerszten’s research team identified more than 200 new biomarkers linked to cardiovascular tissue damage. A biomarker is a molecule that is associated with a distinct condition and can, therefore, help diagnose, monitor and screen for particular diseases.

“The presence of these new biomarkers in the blood indicated an elevated risk of cardiac disease even in people who had no outward symptoms,” he explains. “Using sophisticated new technology, we were able to identify previously unknown proteins associated with damage to cardiovascular tissues, including more than 200 proteins that increased within just an hour of injury to the heart muscle.

“By having this predictive information available years in advance, patients and their doctors will know when heart disease is first starting to take hold,” says Dr. Gerszten. “This will provide the opportunity for them to take preventive steps to intervene very early, well before disease strikes.”

Interventions might include medications or rigorous lifestyle changes, including diet and exercise.

Predicting Who Will Develop Diabetes — 10 Years from Now

Heart disease and diabetes often occur together. Over the past decade, Type 2 diabetes has reached epidemic proportions, and according to statistics from the American Diabetes Association, more than 1.4 million Americans are diagnosed with diabetes each year. 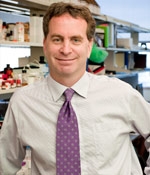 “Normally the body breaks down food into simple components, such as sugars and amino acids, that can be used or stored as fuel,” explains Anthony Hollenberg, MD (right), Chief of the Division of Endocrinology, Diabetes and Metabolism at BIDMC. “But in people with diabetes, abnormal chemical reactions in the body disrupt this process, leading to the accumulation of sugar and risk of serious complications, including heart disease and stroke.

“We currently diagnose diabetes through blood glucose tests,” adds Dr. Hollenberg. “But by the time blood glucose levels are high enough to warn of diabetes, it may have already done its damage. A better understanding of how this disease progresses from its earliest stages could enable doctors to help their patients better manage this condition and prevent the development of dangerous complications.”

This was the challenge that inspired Dr. Gerszten and his research team to pursue their landmark study , which led to the discovery that chemical changes begin to take place nearly 12 years before diabetes symptoms appear.

The scientists used data from the famous Framingham Heart Study, which began in 1948 and was the first major research to identify what are now well-known risk factors for heart disease, such as high blood pressure, smoking and obesity.

“For our work, we used blood samples that were taken in 1994 from two groups of Framingham participants,” he explains. ”While both groups shared all of the same characteristics [age, weight, etc.], one group went on to develop diabetes, while the second group did not.”

Through metabolomics analysis, the researchers looked for differences in the chemicals from these blood samples. The results were astounding.

“It really was a breakthrough for us,” says Dr. Gerszten. “There were dramatic differences in the blood samples of these two groups." 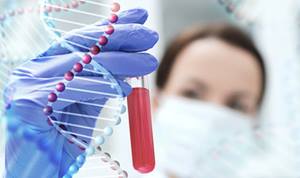 The researchers discovered a group of amino acids that were present at much higher levels in the blood of people who eventually developed diabetes, compared with people who did not. These biomarkers had not previously been associated with diabetes. The individuals who had the highest levels of these amino acids in their blood had an astonishing 400 percent greater chance of developing diabetes. A later study in a Swedish population replicated these findings.

Most striking of all was that these differences came from blood samples taken 12 years before any of the participants were diagnosed with diabetes.

While much of metabolomics work remains in the research stage, scientists hope that within 10 years, sophisticated blood tests will become as common in annual physicals as blood pressure checks.

The ultimate goal, says Dr. Gerszten, is to identify key predictors of heart disease at the earliest possible point, so that patients can take action before symptoms begin and complications set in.

“There’s no question that everyone should try to maintain a healthy diet and exercise regularly,” says Dr. Gerszten, who is committed to his own daily 6 a.m. workouts. “But if you knew that you had a five-fold increased likelihood of developing diabetes, wouldn’t that help motivate you to do both?”