Research: Flu Shots Can Also Be Beneficial for Heart Health

It’s autumn: time to break out your sweaters, admire the foliage, carve a pumpkin — and get a flu shot.

If you’ve ever had a bout with the flu, you know that it’s much more than “just a bug.” Influenza is a highly contagious viral disease that causes fever, cough, sore throat, fatigue, and muscle and body aches, not to mention tens of thousands of deaths per year.

As Dr. Tom Frieden, Director of the U.S. Centers for Disease Control and Prevention (CDC) described at a recent press conference, “Flu is serious, flu is unpredictable.”

Vaccines are the best defense against this potentially dangerous virus — and may have an important added benefit: In addition to keeping you safe from influenza, a number of studies over the past several years have demonstrated that flu shots may actually reduce a person’s risk of suffering a heart attack or stroke.

Even healthy people can become very ill from the flu and spread it to others. Most people recover from the flu within several days to two weeks. But in vulnerable populations, the flu can lead to the development of potentially dangerous complications . These groups include pregnant women, young children, adults over 65 and those with chronic medical conditions — including heart disease. 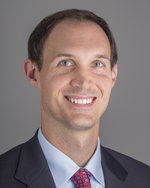 “Individuals with heart disease are at greater risk for developing pneumonia, respiratory illness and heart attacks if they have had the flu,” says cardiologist E. Wilson Grandin, MD, MPH (right), who recently joined the Division of Cardiovascular Medicine in Beth Israel Deaconess Medical Center’s CardioVascular Institute . “The flu can also aggravate pre-existing conditions, such as asthma or diabetes.”

In people with pre-existing heart disease, an episode of the flu can easily escalate to pneumonia, a lung infection that significantly strains the heart, according to the American Heart Association . CDC statistics show that 41 percent of adults hospitalized with the flu during last year’s flu season had heart disease.

According to the CDC , a yearly flu vaccine is the best way to avoid getting the flu, and most people who receive the shot will have no side effects. For those who do, the most common reaction is soreness and swelling at the injection site, low-grade fever or achiness. In very rare instances, a more serious reaction can occur, such as a severe allergic reaction.

“By lowering their flu risk, caregivers and family members are also lowering the risk for the people around them,” he says.

In an interesting development, a number of studies have found that in addition to preventing a bout of the flu, flu shots can actually help some people reduce the risk of having a heart attack or stroke in the first place.

In recent findings published in the journal Heart, researchers reviewed 16 past studies on heart health and the flu. Their analysis of these studies found that the flu increased the risk of heart attack by 50 percent, while the flu vaccine reduced heart attack risk by 29 percent.

Furthermore, the study suggests that the flu vaccine may reduce the risk of heart attack in patients without known heart disease. Similar results were published in a study in the Journal of the American Medical Association.

“It may be that by protecting against the development of the flu, vaccines prevent the increased heart rate and physiologic stress associated with influenza infection, both of which could put patients at risk for stroke or heart attack,” says Dr. Grandin.